'Mission Mangal' is directed by Jagan Shakti and presented by Fox Star Studios. Produced by Cape of Good Films, Hope Productions and Fox Star Studios, the film is scheduled to land in theatres on on 15th August 2019. 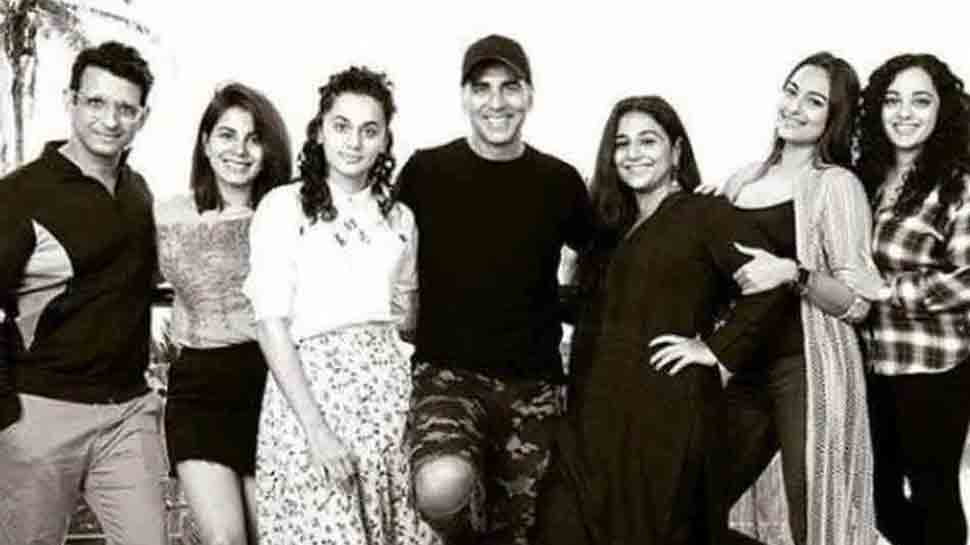 Mumbai: Akshay Kumar believes that his upcoming 'Mission Mangal' is not only about highlighting ISRO's achievement but is an ode to all the female scientists who played a part in the mission.

"This movie belongs to these five girls played by Vidya Balan, Sonakshi Sinha, Taapsee Pannu, Kirti Kulhari and Nithya Menon. This is their movie," the 51-year old said.

However, the movie will show 17 scientists and engineers collaborating on India's Mars' mission, but Akshay wants to tell all the women that 'they are great'.

"While listening to so many real stories of women scientists, I found it amazing how they managed their homes while being so incredible at work. Through this film, I want to tell them that they`re great," said Akshay.

It seems that the actor is a stern believer in the power of storytelling and revealed he came on board to narrate an untold tale of ISRO`s cost-effective mission.

"Few people know NASA sent a satellite to Mars for close to Rs. 6000 crore and ISRO did it in only Rs. 450 crore. Just see the difference. A little common sense and we saved a lot of money," Akshay expressed.

Akshay continued, "Can you believe this story has not been told yet? I want to tell it, that`s why I came on board."Akshay, who will be seen essaying the role of Rakesh Dhawan, a senior scientist in the Indian Space Research Organization (ISRO) also added that "I get inspired when a film like this happens in front of me. What a brilliant story this is, inspired by a real incident."

The film's teaser took off yesterday to a tremendous response.

'Mission Mangal' is directed by Jagan Shakti and presented by Fox Star Studios. Produced by Cape of Good Films, Hope Productions and Fox Star Studios, the film is scheduled to land in theatres on on 15th August 2019.

This is not the first time the actor will be seen bringing a true story on the celluloid. He has also acted in some untold tales like Airlift, Rustom and Kesari.