The dialogues are heavy-duty and the costumes look in sync with the setting. 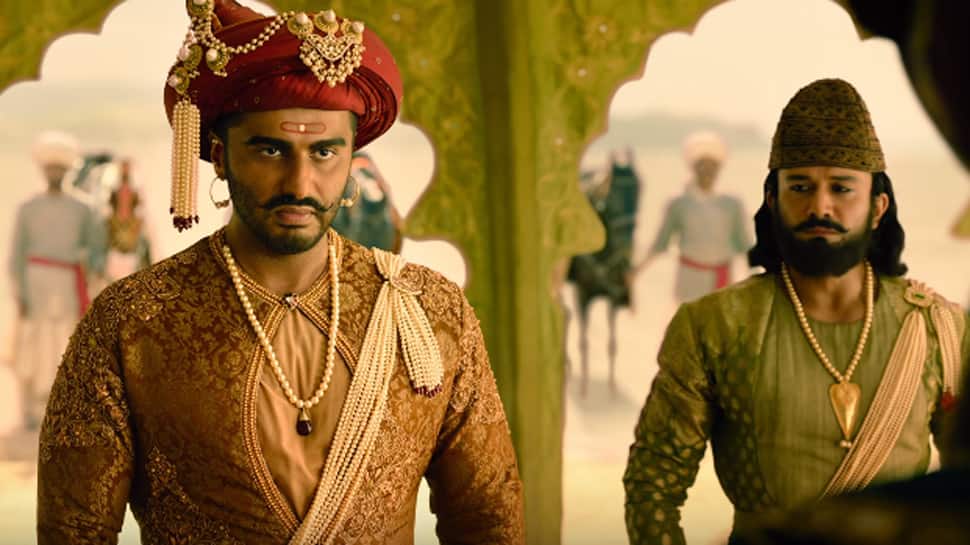 The genre of period films has been beautifully explored by several filmmakers in Hindi cinema. But it is Sanjay Leela Bhansali, whose mammoth canvas and exceptionally rich presentation evoke the maximum emotions.

Filmmaker Ashutosh Gowariker's 'Panipat' trailer has been unveiled on social media and the first thoughts which envelope your mind while watching this epic saga unfold in a 3.14-minute long trailer happens to be its similarity with Bhansali's previous masterpieces.

Not that, this one lacks the power to grip, but the fact that it's a period drama and showcases the valour and pride of a Maratha warrior fighting for his countrymen against an enemy brings two of SLB's recent releases—Bajirao Mastani and Padmaavat in the picture.

Although it is only advisable to watch 'Panipat' trailer without any preconceived notion yet when you see the actors perform and the setting, there will be somewhere at the back of your mind a grand SLB movie backdrop and characterisation.

Dutt looks powerful and fierce as Abdali and his villainous part overpowers other lead characters.

The dialogues are heavy-duty and the costumes look in sync with the setting.

Overall, the battle of Panipat trailer raises expectations for the bigger picture in waiting.