Parmanu: The Story Of Pokhran

Parmanu: The Story Of Pokhran - Trailer of John Abraham starrer out - Watch

The trailer for the film directed by Abhishek Sharma was unveiled on Friday afternoon. 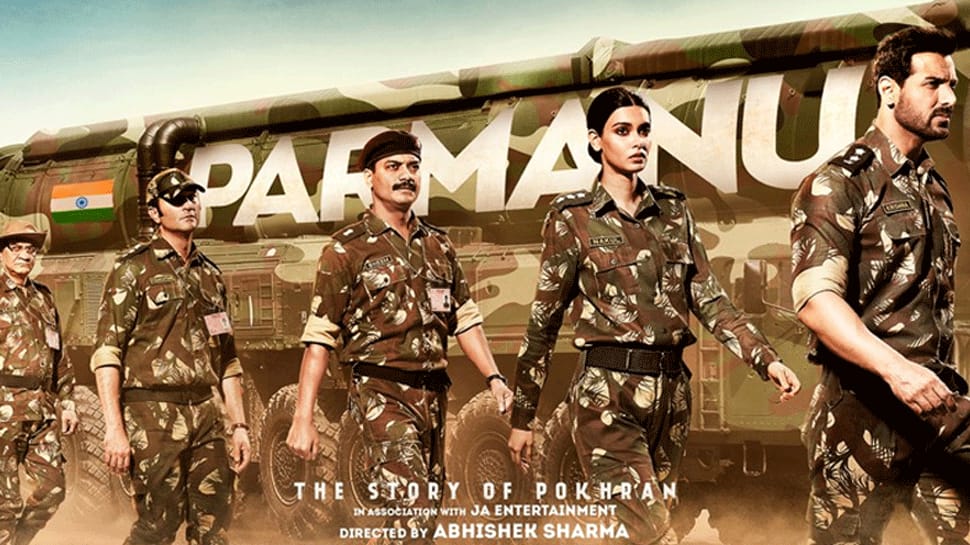 Mumbai: The trailer of John Abraham starrer Parmanu: The Story Of Pokhran has been unveiled. The film which is way behind is the actual date of release, will now hit theatres on May 25. But before you watch it on the big screen, take a look at the intriguing trailer first.

The trailer for the film directed by Abhishek Sharma was unveiled on Friday afternoon.

The film inspired by a true event will showcase the efforts put forth by a team of six people to realise a dream for the country.

According to makers, "the film is based on the biggest secret mission ever undertaken by the Indian Government where five nuclear bombs were tested in the Pokhran range in 1998."

Watch the captivating trailer embedded below:

Also starring Diana Penty and Boman Irani in lead roles, Parmanu: The Story Of Pokhran has been produced by Zee Studios and Kyta Productions in association with JA Entertainment.

The trailer has been launched today, a date that coincides with the 20th anniversary of India's nuclear test explosions at Pokhran.

The film is an ode to the Indian Army and scientists who accomplished truly extraordinary feats in the face of adversity. It salutes, celebrates and truly embraces the slogan - Jai Jawan Jai Vigyan.

While the premise of the film is based on true events, the characters are fictitious.