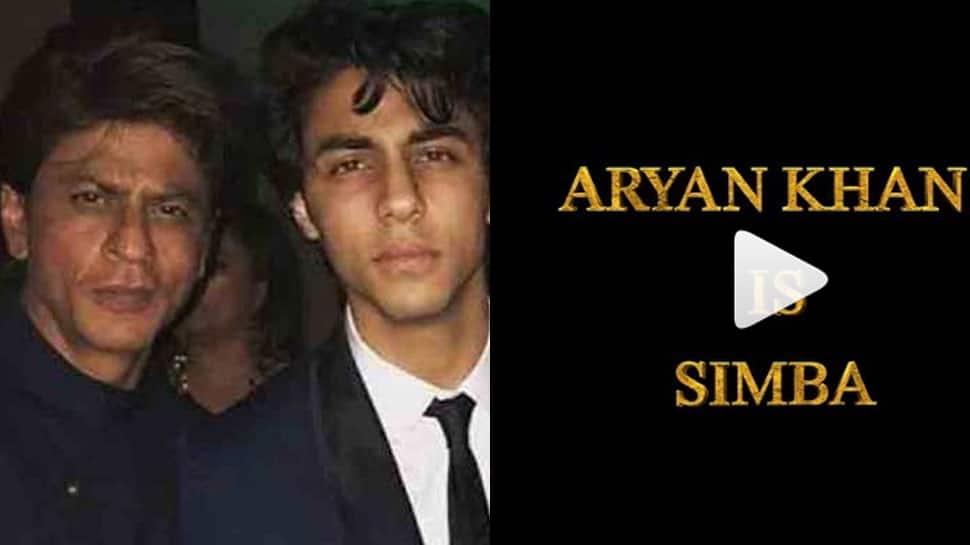 New Delhi: Ever since news of Shah Rukh Khan's son Aryan Khan voicing Simba in 'The Lion King' surfaced, fans have been excited to hear the star kids voiceover. The wait of millions of fans has finally come to an end as SRK took to Twitter on Thursday and shared the brand new teaser that has his 'Simba', Aryan's voice. He captioned it as, “Mera Simba.. #TheLionKing @disneyfilmindia”

The teaser will give you goosebumps and Aryan sounds exactly like his dad! In fact, for a moment, you will be confused if it is indeed SRK or not.

From the moment Aryan says, 'Mai Hoon Simmba, Mufasa ka beta', it triggers memories of the original film that released back in 1994.

Check out the new teaser here:

With Shah Rukh Khan voicing Mufasa and Aryan voicing Simba, we are surely excited about this one!

'The Lion King' is directed by Job Favreau and produced by Walt Disney.

The film will release in English, Hindi, Tamil and Teluugu languages and will hit the silver screens on July 19, 2019.