Wanted to be authentic with my role in 'Kesari': Parineeti Chopra

Parineeti Chopra, who plays Akshay Kumar's love interest in "Kesari, Friday said she wanted to be "authentic" to the character of a Punjabi woman in the film 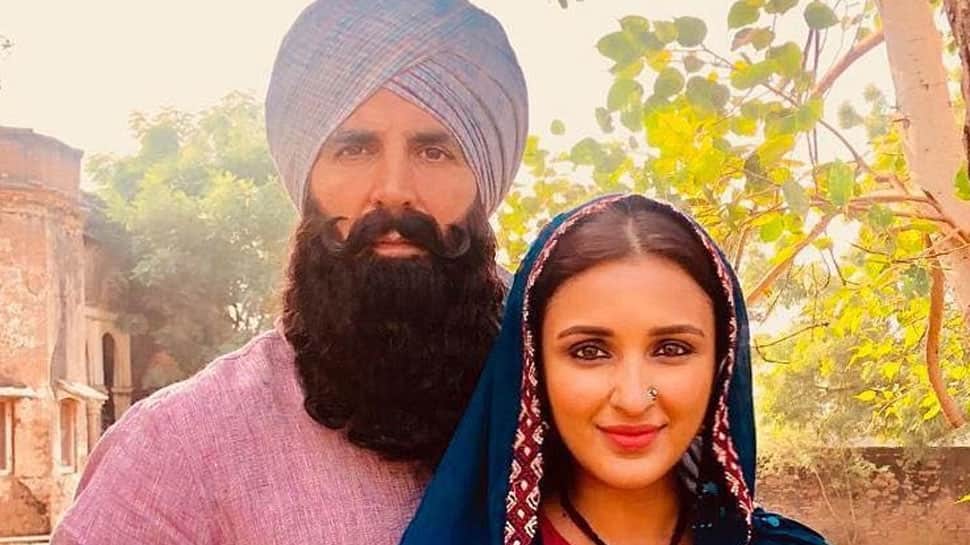 Mumbai: Parineeti Chopra, who plays Akshay Kumar's love interest in "Kesari, Friday said she wanted to be "authentic" to the character of a Punjabi woman in the film

"Kesari" is based on the Battle of Saragarhi fought between the British Indian army's Sikh Regiment comprising of 21 soldiers and 10,000 Afghan tribesmen in 1897.

Parineeti said she did not have any knowledge of that era and it was director Anurag Singh, whose research on the subject helped her in playing the part .

"She is a Punjabi girl, so I knew an approximate world but I did not know about that kind of love story. It is the story of 1897 but we have an amazing friendship, there is no unequal relationship over here. This is a genius move by Anurag to not show the typical conservative side of husband and wife," Parineeti told reporters here at the song launch event of "Kesari"..

The makers today released the song "Teri Mitti" from the film.

Parineeti said she wanted to work in "Kesari" because of the team involved with the project and screen time was not her concern while signing the film.

"When I met Karan Johar (producer) he told me the one liner and he made me hear the love song and I immediately said yes to it, I did not even hear the full narration. I knew all these genius people were making an amazing film and I wanted to be a part of it."

Akshay plays the role of Havildar Ishar Singh who leads the group of soldiers to fight a war with bravery and valour. The actor said working on the film was an emotional experience for him.

"Looking at the subject who wouldn't want to be part of it. Not many people knew about Battle of Saragarhi and when I heard it I wanted to do it. The last 15-20 minutes of the film are very emotional. It has been an emotional journey on the film," he added.

Akshay said that this film should be shown to the kids and the youth.

"This is an educational film. I appeal to show it to children and youth should watch this film as there is lot of learning."

Director Anurag Singh said he was initially scared but the confidence the makers and the team had in him pushed him to do his best.

"I put my heart and soul into it. It has been amazing journey on this film. I am proud of this film. I couldn't have asked for a better subject than this to make a Hindi film," Anurag said.

Produced by Cape of Good Hope Films and Johar's Dharma Productions, the film releases on March 21.