Hamdard Labs which is the company behind the brand is facing a shortage of key ingredients which, it claims, is behind the supply bottlenecks. 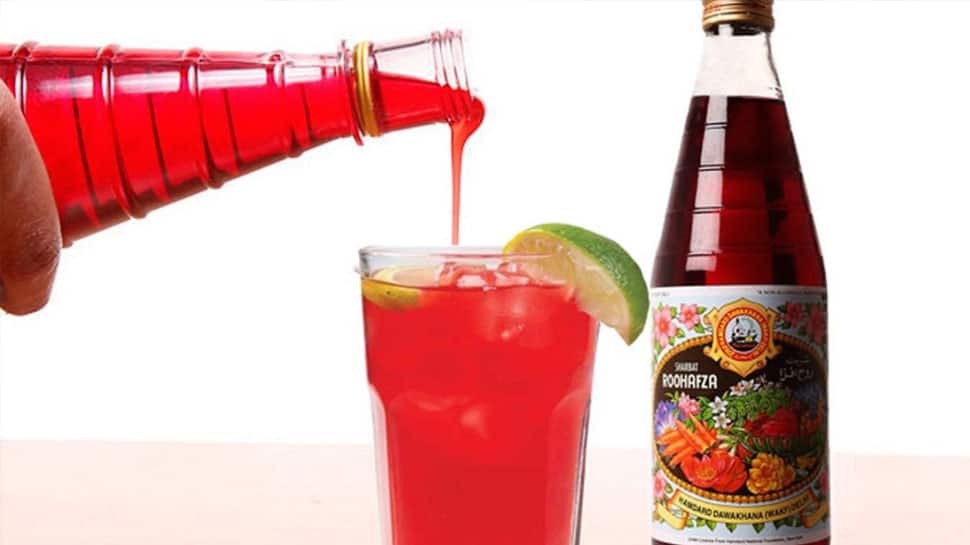 NEW DELHI: An epic family battle has reportedly taken its toll on a favourite summer drink - Rooh Afza. With Hamdard Pakistan jumping into the fray arguing that it can provide backup for the holy month of Ramadan where Rooh Afza appears to have vanished from kirana shops, it makes sense to track the reasons behind the halted production.

The Rs 400-crore rose flavoured brand has enormous salience and is a pan-Indian favourite in the summer months. Hamdard Labs which is the company behind the brand is facing a shortage of key ingredients which, it claims, is behind the supply bottlenecks.

Hamdard founder Hakim Hafiz Abdul Majeed`s grandson Abdul Majeet, it is beleived, is in a conflict with his cousin Hammad Ahmed. This is taking its toll on the business. Speculation is rife that the 450,000 retailers who stock the popular indigenous drink are in a panic because its maximum sales take place during `iftari` or the breaking of the fast. Production has been stopped since last November.

Hundreds of tweets rolled in about the drink being an integral part of an iftar. Tweep @vrishtibeniwal posted: "Breaking the fast in the evening, iftar, has traditionally consisted of pakoras (fritters), fruit chaat (fruit salad), dates and Rooh Afza. An iftari without Rooh Afza is just not the same." While, Twitter user @Tanima wrote about the sentiments and memories attached to the drink: "I don`t think I like Rooh Afza as much as I like the nostalgia attached to it. It tastes of school summer vacations and those hot afternoons when there was no AC and these simple respites were enough to keep us happy."

Dismissing any rift within the family, Mansoor Ali, chief sales and marketing officer at Hamdard, according to a report by The Economic Times said, "We are facing supply constraints of certain herbal ingredients. We hope to fix the demand-supply gap within a week." But the drink with a history of uninterrupted supply disappearing from the shelves has led to major speculation which cannot be without truth.

Gulf News in June 2016 had traced the geneology of the drink -- In 1908, in the bylanes of Old Delhi, Hakim Hafiz Abdul Majeed decided to create a herbal mix that would help Delhi`s masses stay cool in summer. Selecting herbs and syrups from traditional Unani medicine, he created a drink that would help counter heat strokes, bring down palpitation and prevent water loss. He named it Rooh Afza, which in Urdu literally meant something that refreshes the soul.

Mirza Noor Ahmad, an artist, prepared the labels of Rooh Afza in several colours in 1910. Such colourful prints could not be processed in Delhi then. It was, therefore, printed under special arrangement by the Bolton Press of the Parsees of Bombay (Mumbai).

A few decades later, Abdul Majeed decided to turn this medicament into a drink. The reception to the first batch ever made of Rooh Afza was an indicator of its future. "When they actually made Rooh Afza for the first time, the flavour and the smell were so enticing that a crowd began to gather around asking, `Ho kya raha hai?` (what is happening?). The whole batch got sold off within an hour," Abdul Majeeb, the great grandson of Hakim Hafiz Abdul Majeed, told Gulf News. Today, he is the CEO of Hamdard India, continuing the family`s work in offering affordable medical care to the masses.

The partition of India was the turning point, which went on to divide not just the family but Rooh Afza as well. "In 1947, most of the family travelled to Pakistan. Only my grandfather, Hakeem Abdul Hameed, and his two sons stayed. Even as his younger brother, Hakim Mohammad Said, went to Pakistan, my grandfather said, `I will not be able to leave India because it is my motherland`," Abdul Majeeb said.

With one brother in India and the other in Pakistan, they both continued to carry on the legacy left behind by their father on their own. While the business was already established in India, Mohammad Said faced a lot of hardships launching Rooh Afza in Pakistan.

Sadia Rashid, chairperson of Hamdard Laboratories (Waqf) Pakistan and president of Hamdard Foundation Pakistan, told Gulf News: "My father (Mohammad Said) migrated to Pakistan, on January 9, 1948. The challenges of a fledgling country and a lack of means posed difficulties ... he laid the foundation of Hamdard Pakistan in two rented rooms in Karachi`s old area of Arambagh, with Rs 12 (Dh0.42) worth of rented furniture."

In 1953, Hamdard Laboratories Pakistan finally became lucrative, and it was converted into a waqf or a Muslim endowment entity. According to her, the brand name was "taken from the poetic book `Masnavi Gulzar e Nasim` by Pandit Dia Shankar Nasim". Rooh Afza was a character in the book.

Apart from the India and Pakistan, Hamdard also has a presence in Bangladesh. Rashid said: "My father (Mohammad Said) had opened a branch of Hamdard in former East Pakistan. After the creation of Bangladesh, instead of winding up that office and plant, he gifted that to the people of Bangladesh to be run and managed by its workers."

SC cracks down on Amrapali, hints ownership rights may be transferred