According to International Cricket Council press release, the World Cup Opening Party happened on the Mall and the captains of all participating teams were given a royal audience in a grand ‘pavilion’. 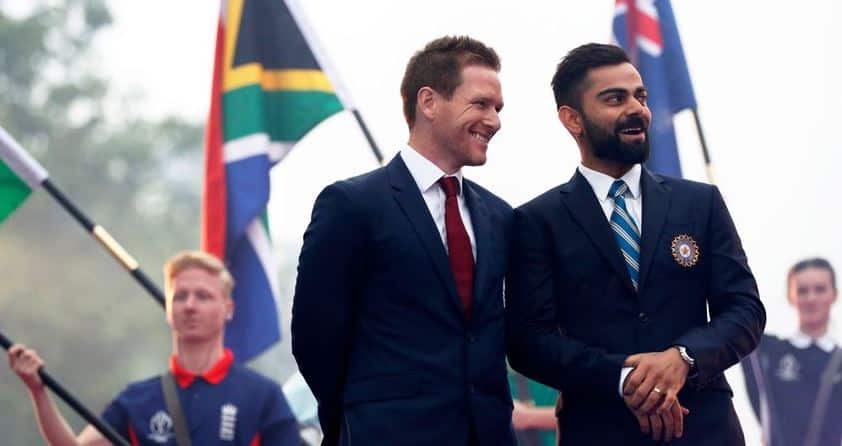 The 2019 Cricket World Cup kicked off on Wednesday with Royal appointment and street party in front of iconic Buckingham Palace. According to an International Cricket Council (ICC) press release, the World Cup Opening Party happened on the Mall and the captains of all ten participating teams were given a royal audience in a very grand ‘pavilion’.

The Queen and Prince Harry met all the captains who will be competing in 48 games that will be played in the next six weeks in different stadiums agross England and Wales. The opening match is between England and South Africa at the Oval on Thursday.

The skippers looked dapper as they swapped their colourful kits with blazers. The captains also walked in front of the flags of their respective nations and were welcomed by hundreds of fans on London’s most famous thoroughfare.

The ICC press statement added that a game of street cricket was also hosted by the Mall with legends of the game, including Sir Viv Richards, Anil Kumble and Brett Lee participating in it. Some other celebrities including Nobel Prize winner Malala Yousafzai and Olympic gold medallist Yohan Blake also joined the cricketing legends in the game.

Michael Clarke, who was the captain of Australia when the won the title in 2015, delivered the World Cup. The ICC press release said that World Cup has spent the last 100 days visiting communities up and down the country.

“Some of the greatest memories of my career were playing in this competition so to have been able to have held this trophy up as captain in 2015 was very special,” said Clarke. “I think there’s five or six teams that can win it. England are in great form and their preparation has been outstanding so they are obviously the favourites,” he added. Rudimental and Loryn performed the official song, ‘Stand By’, which is set to become popular as the tournament progresses.