The Kane Williamson-led side defeated India by 18 runs in a close semi-final clash of the ongoing cricket's showpiece event at the Old Trafford in Manchester on Wednesday. 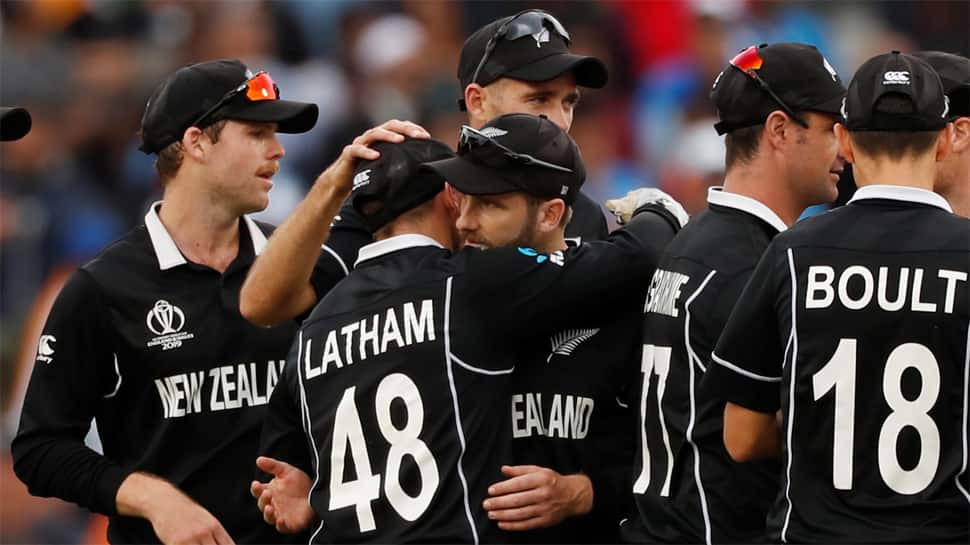 New Zealand will look to put their underdogs tag to rest and clinch their first-ever International Cricket Council (ICC) Men's World Cup trophy when they take on hosts England in the final of the 2019 edition of the marquee event at iconic Lord's Cricket Ground on Sunday.

The Kane Williamson-led side defeated India by 18 runs in a close semi-final clash of the ongoing cricket's showpiece event at the Old Trafford in Manchester on Wednesday to storm into their second successive summit showdown of the tournament.

Notably, England and New Zealand have faced each other twice at Lord's ahead of the upcoming clash, with the latter winning both of the previous matches between the two sides. However, the Eoin Morgan-led side have won seven of their last nine ODI meetings against the Black Caps.

Prior to this clash, New Zealand have made it to the summit showdown only once during the 2015 edition of the mega event when they lost to Australia at the Melbourne Cricket Ground.

Co-hosted by Australia and New Zealand, the Black Caps were indisputably the team to beat during the 11th edition of the World Cup. New Zealand, which were led by heroic captain Brendan McCullum at that time, played a hyper-aggressive brand of cricket to finish unbeaten till the final of the 2015 campaign.

In the quarter-final, swashbuckling opener Martin Guptill recorded the highest individual World Cup score of 237 not out to help his side register a crushing 143-run victory over West Indies at the Westpac Stadium.

Subsequently, former New Zealand cricketer Grant Elliott smashed a maximum off the penultimate delivery to guide his side not only to a four-wicket win over South Africa but also to their first-ever World Cup final to end their run of defeats in six previous semi-finals.

Needing 12 runs off the last over to reach their Duckworth-Lewis target of 298 from 43 overs, Elliott helped New Zealand reach the final with a ball to spare. He finished with an unbeaten score of 84 at Eden Park.

However, New Zealand's eight-match winning streak came to an end with a seven-wicket defeat in the summit showdown of the 2015 World Cup. Opting to bat first, the Black Caps were bundled out for 183 inside 45 overs, with Elliott once again being the highest scorers for the team with an 82-ball 83.

Mitchell Johnson and James Faulkner bagged three wickets each for Australia while Mitchell Starc also contributed with brilliant figures of two for 20.

In reply, Australian skipper Michael Clarke smashed a 72-run knock while Steve Smith and David Warner also contributed with 56 and 45 runs, respectively to help their side chase down the target in 33.1 overs and lift their fifth trophy at the mega event.