The Asian giants recently recorded a historic 2-1 Test series triumph against Australia away from home, in the four-match series. 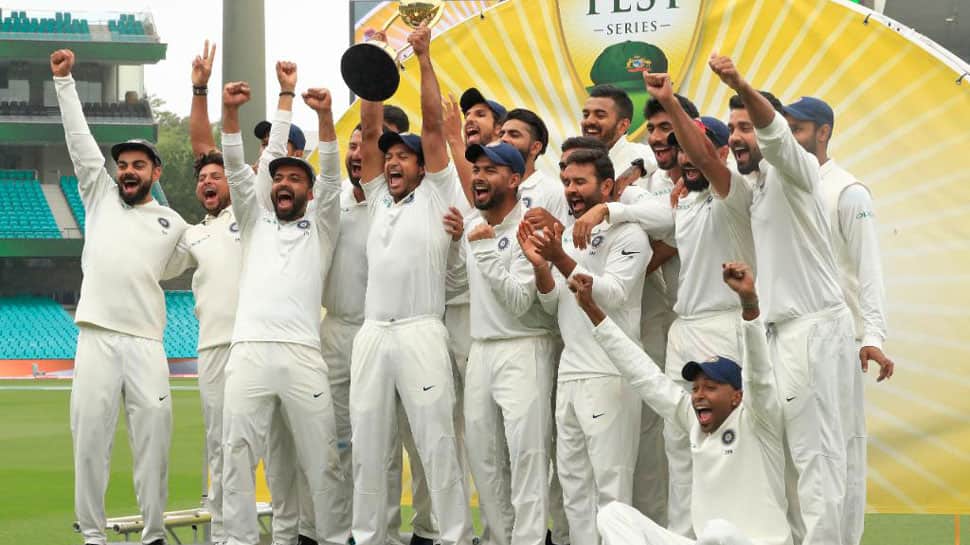 Skipper Virat Kohli has revealed his vision for the Indian team, stating that he wants to see the side emerge as a superpower in Test cricket.

The Asian giants recently recorded a historic 2-1 Test series triumph against Australia away from home, in a four-match series. Kohli became the first Indian captain to record a Test series win in Australia.

Not only this, the Indian team also made it's presence felt in the previous away tours against England and South Africa.

However, Kohli is not content solely with these achievements, and wants to see the side gain absolute domination on the field.

According to a report published by the ICC, Kohli was quoted as telling a television channel that he wanted India to emerge as a superpower in Test cricket in the coming years.

“I wouldn't say goal but I would rather speak of a vision, which is for India to be a superpower in Test cricket or a very, very strong side in Test cricket in the years to come,” he said.

“I think if Indian cricket respects Test cricket, and Indian players respect Test cricket, then Test cricket will stay at the top because of the fan base that we have all over the world."

“If we focus too much on shorter formats – yes, they're important – but if we solely focus and look at them as an escape or an excuse to not be in the kind of situations that Test cricket presents to you, then there'll start being a mental problem with the cricketers coming up,” added Kohli.

At the same time, the Indian skipper believes that this can only be possible, if the team culture is maintained and passed on to the next generation.

“As long as you're willing to wake up every morning for five days and do the hard yards and go do the dirty work – if you're willing to bat for two hours and not score a run for the team – that is what people should prepare (for),” said Kohli.

“That will require the team to lay out certain things that needs to be done and for the next lot to keep following. So the next lot that comes in, they have to maintain that vision and then the people coming in will follow."

“I hope that continues and I will try my level best for as long as I can to keep that culture going,” he concluded.