Sri Lanka has been losing against all Test playing nations whether at home or away. 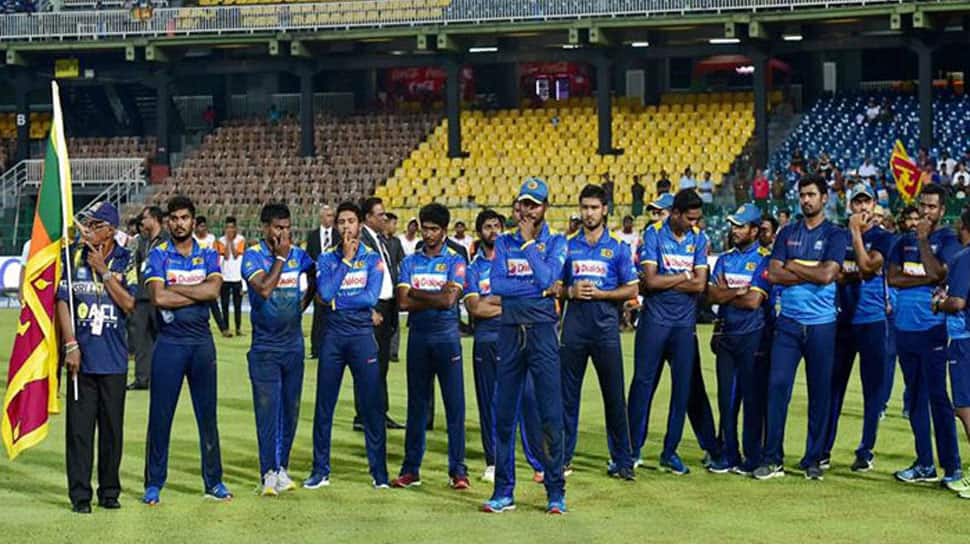 Sri Lankan cricket has hit an all-time nadir and the legendary Muttiah Muralitharan blames it on the paucity of talent coupled with lack of passion among the current generation of cricketers for this steady decline.

The side has been losing to all Test playing nations whether at home or away. The ICC has launched an investigation on charges of corruption levelled against the country's cricketing establishment.

Despite winning both ODI (1996) and T20 World Cup (2014), Sri Lankan cricket has not quite had a smooth transition since the retirement of the golden generation of players like Muralitharan, Mahela Jayawardene and Kumar Sangakkara through the years.

"I have not been associated with Sri Lankan cricket ever since I retired. The decline of Sri Lankan cricket saddens me. For a team that had reached the World Cup final three times and has a proud cricketing culture, it is a worrying sign," Muralitharan told reporters on Saturday.

Murali has observed that the standard of cricket has gone down since the current crop is more focussed on material gains rather than working on improving their game.

"In my playing days, money wasn't the criterion. In the 90s, there wasn't much money. Our passion was to take wickets and score runs. That passion has changed a bit. If players are in pursuit of money, the standard of cricket goes down."

"As a player, you should think about your game and not so much about the money because if you perform well, money and recognition will follow," Muralitharan said.

The quality of talent is also a serious concern, a reflection of which is the performance of the national team over the past couple of years.

"Sri Lanka of late hasn't produced enough talent. In the last three to four years, the talent is lacking. Even when the talent is spotted, they don't know how to play. Coaches don't make cricketers. Coaches can only tell you the basics. It then boils down to the effort of an individual and his desire to succeed," said the player who has picked 800 Test wickets.

Asked if he would be interested in a role in Sri Lankan cricket, Murali answered in negative.

"I don't think I have the time to take on the job of a consultant or a mentor of Sri Lanka on a full-time basis. I am not interested in taking up any role as I am involved with the IPL."

"After playing cricket at the highest level for two decades, I want to spend more time with my family and I have other commitments as well. I am ready to offer advice but not (game) for a hands-on involvement," he added.

Like everyone, Murali also lauded India's wrist spin twins Kuldeep Yadav and Yuzvendra Chahal, who have played a stellar role in the country's success in the ODI format for the past two years.

But how much they will succeed in England will depend on the conditions dring June-July, feels the iconic off-spinner.

"But how good Kuldeep and Chahal will be at the World Cup, will depend on the conditions. English pitches in June and July usually assist swing bowling," he said.

He further added that England is doing well in one-day internationals while Australia was no longer the team it was.

"England is doing really well in ODIs. Australia has become weak and is no longer the team it once was," said the 46-year-old, who is also the top wicket-taker in ODIs.

The Sunrisers Hyderabad mentor praised Afghanistan spinner Rashid Khan saying that he was as good as a finished product even before he met him.

"I didn't mentor Rashid Khan. He is a different kind of bowler. He is quick and that's why it's easy to deceive batsmen in the shorter formats."

However Rashid's style of bowling may not have many takers in the Test arena.

"It's hard to replicate that in the longer format," adding that he does give Rashid tips.

"I do give him a few tips. We hardly get any time to interact in the nets during the IPL because of the schedule. He will know what is best for him and he was a champion bowler even before I met him. So he knows how to perform," Murali signed off.