"Yuvraj, in his prime, in today’s era, would have been the world’s best batsman." 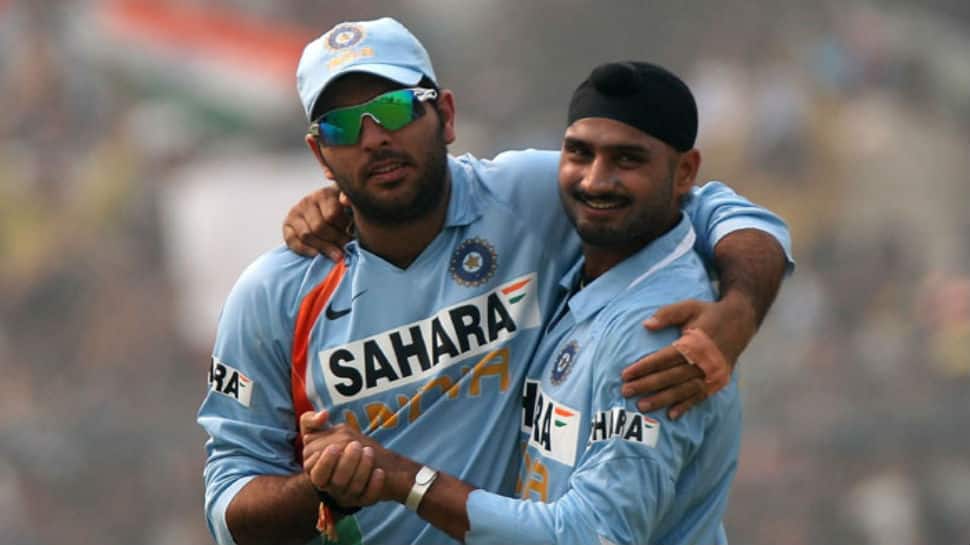 Few people know Yuvraj Singh better than his long-time team-mate and friend Harbhajan Singh. Starting their careers from Under-14 days, Yuvraj and Harbhajan have been part of a long journey with Indian cricket, which saw India reach unprecedented heights. Yuvraj and Harbhajan were part of the Indian outfits which won the 2002 Natwest Trophy, reached the final of the 2003 World Cup, beat Pakistan on their soil for the first time, retained the Border-Gavaskar Trophy in 2003/04 and the two unmatched World Cup wins in 2007 and 2011.

Hence, when Yuvraj Singh announced his retirement from international cricket, Harbhajan, spotted in Southampton for the South Africa-West Indies game, spoke whole-heartedly about for his long-time bud, claiming that had today’s era witnessed Yuvraj in his prime, he would have, quite easily, been the world’s best batsman.

“Yuvraj, in his prime, in today’s era, would have been the world’s best batsman,” Harbhajan said. “He ability was such that he would decimate any bowler at will. If back then five fielders were allowed inside the circle till the 40th over, Yuvraj would have been having a ball today.

“The white ball used to reverse, the surfaces were a lot tougher to score runs on. There was more spin. There always used to be a fielder around third man, which is not the case today.”

Yuvraj is, undoubtedly, one of India’s biggest match-winners. During his days of pomp, which statistically lasted between 2005 to 2011, Yuvraj scored 5453 runs at an average of 42.93, scoring 11 hundreds and bagging the Player-of-the-Match award 18 times. For years, he remained the pillar of India’s middle order. From 284 matches in which he batted either at No. 4, 5 or 6, Yuvraj scored a rollicking 8254 runs with 13 centuries. But beating all those accolades, perhaps Yuvraj’s biggest contribution to Indian cricket remains winning the World Cup in 2011 at home, where battling a dreaded illness, he scored 362 runs from eight innings.

“We wouldn’t have won the 2011 World Cup without him. Winning two World Cups (including WorldT20 in 2007) has been his biggest gift to India. Whenever I meet him, I always thank him for getting us those moments, medals which wouldn’t have been possible without him,” Harbhajan said.

Even today, the No 4 batting position that he’s vacated, hasn’t been filled. We haven’t been able to find a match-winner like him at No 4. He’s been a true champion for Team India. Wherever he’s played in the world, he’s shown that he’s a big match-winner. Talent wise, Yuvraj was by far better than anyone. He was extremely difficult to bowl to. I’ve played alongside so many legends but I would place Yuvraj Singh above many of them.”

Yuvraj last played for India in 2017, during their tour of the West Indies before being dropped. The sands of time were dripping through the hour glass, and even though Yuvraj always remained an IPL surety, doubts over yet another remarkable comeback from him crept in. Recently, the Mumbai Indians won their fourth IPL crown. Yuvraj turned up for the franchise just four times. It seemed to be the end of the road.

“When I met him last, here in London, he told me: ‘I’m probably done this year.’ I said: ‘How about IPL?’ he said I’ve other things on plate. I’ll look at the other side of the world now,” Harbhajan said. “I didn’t expect him to do it so soon. Whether he was playing for India or not now, doesn’t matter. He gave his best to India. Even if he would’ve played 10-15 games more, and failed in them, he would’ve still been a legend. He’s already built a big legacy for himself, which will be difficult to fill.

“He had messaged me in the morning about this. I told him: ‘So, the day has come.’ He said: ‘Yes.’ It’s an emotional moment for us. When we started playing cricket, we never thought that there will be a day when we would have to kiss it goodbye. We used to live for the game.

“That wouldn’t be a part of him anymore. People say that ‘you’ll have a good ‘second innings,’ but you can’t have the same fun what you had while you were there in the middle. I can guarantee you as a player that the best moments of a player come when he/she is playing in the middle. Like other retired players, he’s always going to miss the game. What he’s achieved will remain in everyone’s mind.”

Think of Yuvraj and what comes to mind? Those purring drives, the sensational debut in Nairobi, Natwest 2002, the assault on Stuart Broad, knocking Australia out of the World Cup? For Harbhajan however, the best memories of Yuvraj remain his ability to stage phenomenal comebacks one after the other having battled instrumental odds.

“His will to fight has always stood out. He has been a fighter; on the field off the field. He loves this game so much that he never saw anything besides cricket. For him, cricket has always come first,” remarked Harbhajan. “In terms of priority, his game has always been his foremost. The eagerness to bat, field and win matches for India. That is what has always kept him going. He wanted to be there, continue to do what he was best at. That’s that reason he made all those comebacks. He was strong than the other mentally and emotionally. He always believed anything is possible.”