India will now have to beat South Africa in their last group match on June 11 and Sri lanka face a must-win contest against Pakistan a day later in quest to qualify for the semi-finals. 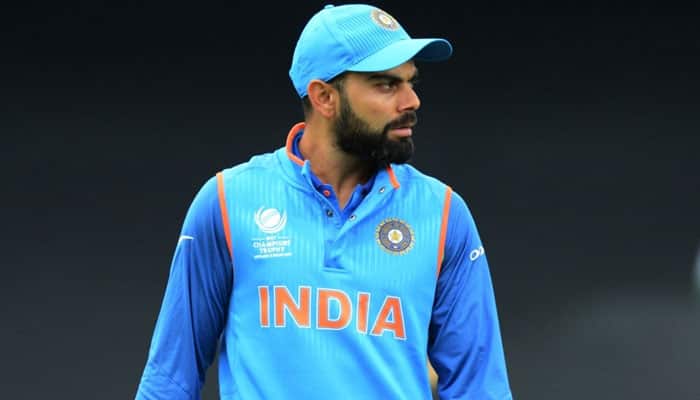 New Delhi: After winning their opening match against Pakistan by 124 runs, Virat Kohli's men were given a reality check by Sri Lanka, who shattered the Men in Blue's confidence of with a comprehensive seven-wicket win.

Having entered the match as the favourites, India failed to live up to the expectations as the Lankans fought back hard to deprive them of a second consecutive win.

Indian batsmen did their job by taking the team to a respectable 321-run total, but the bowlers let the team down as Danushka Gunathilaka (76) and Kusal Mendis (89) stitched a match-winning 159-run stand for the second wicket which proved to be the decisive partnership.

Indian fans were left dejected after the loss and even former Indian cricketers criticised the team for their dismal show.

Former Indian cricketer Vinod Kambli hit out heavily at Kohli, saying he must learn the art of planning from Pakistan, who went on to defeat World No. 1 ODI team South Africa in their second outing.

"Mr kohli.where is the planning. Going with the flow.look at PakistanTeam planning against the south Africa. Outstanding," the former left-hander tweeted.

Pakistan first restricted South Africa to 219 runs as a result of some disciplined bowling and then went on to score 119 runs in 27 overs at the loss of three wickets. The rain interrupted at the match once again and Sarfraz Ahmed's men won the game by 19 runs via the Duckworth-Lewis method.

Sri Lanka's win has made the situation in Group B very interesting where all teams -- India, Sri Lanka, Pakistan and South Africa -- have identical records of a win and a draw.

India will now have to beat South Africa in their last group match on June 11 and Sri Lanka face a must-win contest against Pakistan a day later in their quest to qualify for the semi-finals.

CT 2017: When Sourav Ganguly was trolled by Michael Atherton during India-Sri Lanka match