The two-time champions made a rampaging start to their World Cup campaign by demolishing Pakistan by seven wickets in a one-sided match at Trent Bridge on Friday. 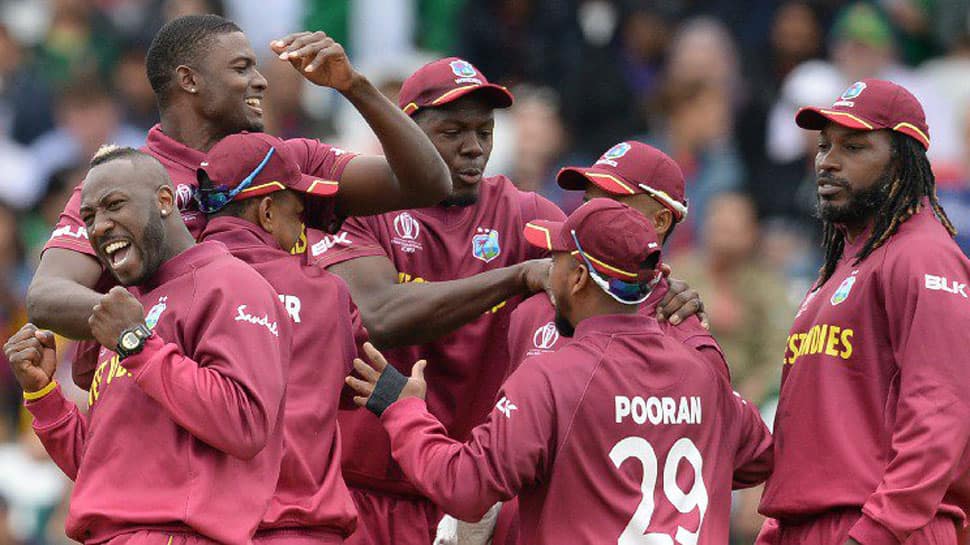 West Indies' skipper Jason Holder on Friday attributed their crushing seven-wicket win over Pakistan to an "aggressive" approach but advised his team to "not get ahead of themselves" at the World Cup.

The two-time champions made a rampaging start to their World Cup campaign by demolishing Pakistan by seven wickets in a one-sided match at Trent Bridge on Friday.

"I think our style was just to be aggressive. We just want to be aggressive with whoever we're playing against. It's just something that we need to do in order to pick up wickets," Holder told reporters.

"I think with the modern-day game, if you are not picking wickets up throughout the innings you're going to struggle to contain teams. So we just want to be aggressive even if we give up a few runs up front, trying to get wickets."

Electing to bowl, West Indies used the short ball to dismiss 1992 champions Pakistan for 105 in 21.4 overs and then returned to overhaul the target , scoring 108 for three in 13.4 overs.

West Indies will next take on five-time champions Australia on June 6.

"We want to remain aggressive and look to pick up wickets throughout the entire innings," Holder said.

Going through a tough phase in the last few years, West Indies conjured up hopes of resurgence after their demolition of Pakistan.

Asked how far he believes West Indies can go in the tournament, Holder said: "Look, I'm not thinking too far ahead. We've got Australia in the next encounter. As I said to the guys, we've got a long tournament here, it's just a matter for us to take it game by game, and I'm not getting ahead of myself."

"We just want to be consistent. The only thing we can focus on and control is cricket, and we've got three departments to make sure we're clinical in terms of our batting, bowling and fielding, and I just want us to be the best we can in terms of performing our roles for the team," Holder said.

Holder snapped three wickets, while World Cup debutant Oshane Thomas was awarded the man of the match award for returning with impressive figures of 4-27.

Talking about the match, Holder said: "Really good start from the boys. I thought we bowled really well. We got wickets with the new ball and really set them back, slowed their momentum and quite fortunate for us we were able to keep picking wickets up and you know they never recovered from the position they were in at the very beginning."

"I think when we batted it was a clinical performance as well, obviously started nicely by Chris. He put the accelerator on them and was supported by Pooran in the very end."

Holder praised Andre Russell, who returned with figures of 3-1-4-2.

Talking about Thomas, Holder said: "He's been excellent. The last game he got five wickets and then he comes and follows it up with four wickets here today."

"It was great to see him running in and bowling fast. That's one thing we ask of him, just to be aggressive in those middle overs, as I said before."

"He's working out quite nicely for us. It's just a matter for us to be consistent with it, and at times not get carried away with it in terms of overdoing it. But yeah, credit to him. He's been outstanding so far, and he's definitely created a buzz throughout the entire team."