Put in to bat first, openers Tamim Iqbal (16) and Soumya Sarkar (42) provided their side with an initial thrust by stitching a decent 60-run stand for the opening wicket. 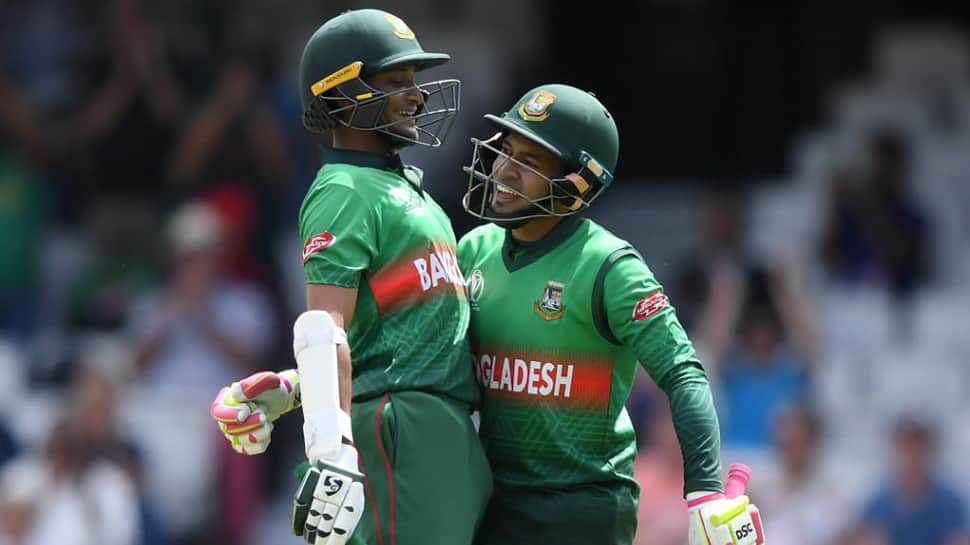 Bangladesh produced an all-round performance to kickstart their campaign at the 2019 International Cricket Council (ICC) World Cup with a comfortable 21-run win over South Africa at The Oval in London on Sunday.

Put in to bat first, Shakib Al Hasan (75 off 84 balls) and Mushfiqur Rahim (78 off 80 balls) not only smashed half-centuries but also stitched a 142-run stand for the third wicket to help Bangladesh post a good score of 330-6. Mahmudullah (unbeaten at 46) was another notable contributor for Bangladesh.

In reply, Mustafizur Rahman (three for 67), Mohammad Saifuddin (two for 57), Shakib Al Hasan (one for 50) and Mehidy Hasan Miraz (one for 44) all shone with the ball to restrict South Africa to a score of 309/8 despite some good contribution by their batsmen.

Faf du Plessis was the highest scorer for South Africa with his 62-run knock, Aiden Markram (45), JP Duminy (45) and Rassie van der Dussen (41) too made some significant contribution but fell short of a target.  (Full Scorecard: ICC World Cup 2019: Bangladesh vs South Africa)

# Bangladesh put a total of 330 for six in their stipulated 50 overs after being asked to bat first by South Africa. This is by far Bangladesh's highest-ever score in one-day internationals.

# Shakib Al Hasan and  Mushfiqur Rahim's 142-run stand off 141 deliveries is Bangladesh's highest-ever partnership for the third wicket. It is also the highest partnership between the two Bangladeshi players in an ICC World Cup match.

# By slumping to a 21-run defeat at the hands of Bangladesh, South Africa have lost their opening two World Cup matches for the first time in the history of the mega event. The Faf du Plessis-led side lost the first match against England by 104 runs.

# Shakib Al Hasan scored a 75-run knock during the match which is by far the highest-ever score made by a Bangladesh player after coming to bat at number three position in a World Cup match.