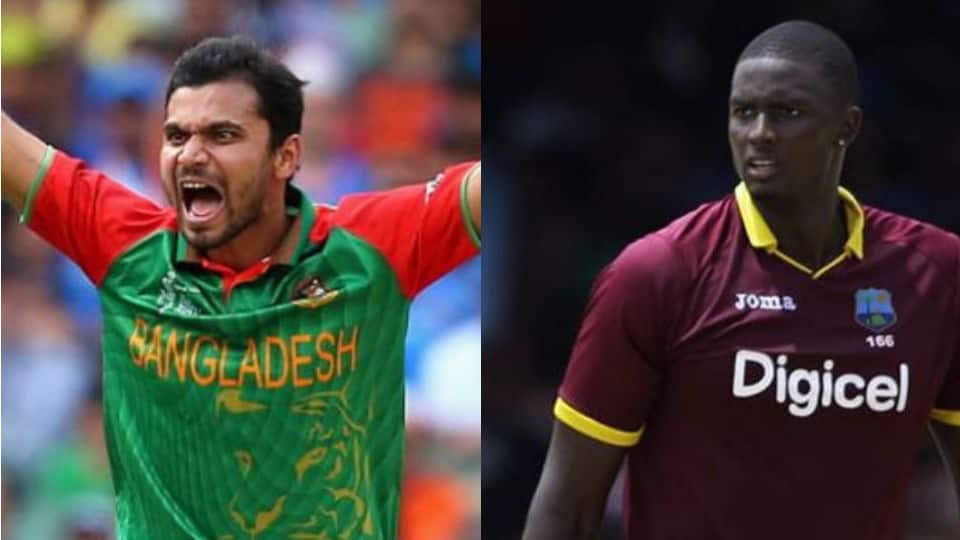 Shakib Al Hasan smashed his 24th ODI century while Liton Das well-supported him with a fifty as Bangladesh registered a seven-wicket victory over West Indies in the 23rd match of the 2019 International Cricket Council (ICC) World Cup at the County Ground in Taunton on Monday.

Asked to bat first, the West Indies put up a mammoth score of 321 for eight in their stipulated 50 overs, thanks to opener Evin Lewis (70) and wicketkeeper-batsman Shai Hope (96) for their 116-run stand for the second wicket. (Full Scorecard: ICC World Cup 2019, Bangladesh vs West Indies)

In reply, opener Tamim Iqbal smashed 48 runs of 53 balls before Shakib Al Hasan (124) and Liton Das (94) stitched a huge partnership of 189 runs for the fourth wicket to help Bangladesh cross the mark inside 41.3 overs.

Here is a look at statistical highlights from West Indies vs Bangladesh clash:

# By chasing a target of 322 runs in 41.3 overs. Bangladesh pulled off their joint-highest successful run chase in ODIs. They also matched their own record of the second highest successful run chase in the history of the World Cup. In 2015, Bangladesh had scored 322 for 4 while chasing a target of 319 against Scotland in Nelson in an ICC World Cup clash.

# Bangladesh's seven-wicket win over West Indies was only their second win in five matches in the ongoing edition of the mega event.

# Shakib Al Hasan scored a blistering knock of 124 runs off 99 balls. It was his ninth ODI century and also his second successive ton in this edition.

# Shakib also became only the fourth player overall to notch up 6000 runs as well as bag 250 wickets in the 50-over format after Sri Lanka's Sanath Jayasuriya, South Africa's Jacques Kallis and Pakistan's Shahid Afridi.

# During the match, Shimron Hetmyer scored a 26-ball 50 runs, which was the second fastest half-century in a World Cup match. En route to his knock, the Caribbean star also went past 1000-run mark in ODIs.