Sri Lanka, the 1996 winners, kick-started their bid for a place in the ICC Men’s Cricket World Cup semi-finals in dramatic fashion with a 20-run win against hosts England at Headingley. 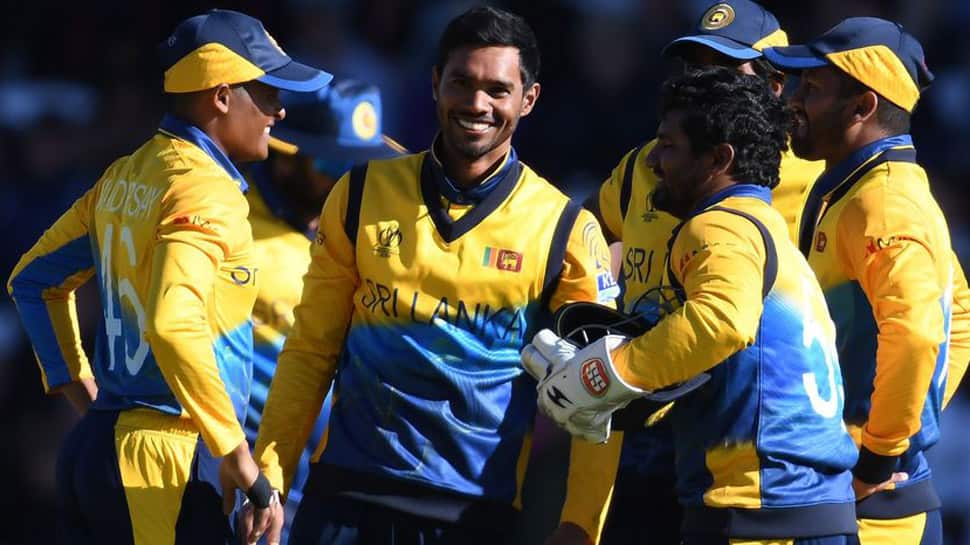 Sri Lanka, the 1996 winners, kick-started their bid for a place in the ICC Men’s Cricket World Cup semi-finals in dramatic fashion with a 20-run win against hosts England at Headingley.

It took them to six points and off-spinner Dhananjaya de Silva insists they can still finish in the top four of the group despite suffering a pair of washouts in Bristol.

While Lasith Malinga took the honours for scything through the England top order, de Silva maintained the pressure with the wickets of Moeen Ali, Chris Woakes and Adil Rashid in a crucial nine-ball burst.

Captain Dimuth Karunaratne described England on the eve of the game as being the best players of spin, but de Silva’s teasing line and length resulted in figures of 3/32 from eight overs.

“This was the slowest pitch we have had in England so far,” de Silva said. “We like these pitches and on them we can beat any team in the world. We are looking forward to the good weather.

“It was very hard to bat against the pace bowlers because the ball was not coming on to the bat. We bowled in tight areas and with good lines. Variations worked very well for the quick bowlers.

“We were 30 or 40 runs short, but I thought we still had enough runs on the board which we could defend if we got early wickets. I thought we could pull off an upset.”

Moeen was threatening to pull England around having already forced de Silva over the ropes, only to be deceived next ball.

“He can hit it a long way so I slowed up the next one and he was just short of the boundary,” de Silva said.

“We were a bit nervous at the end when [Ben] Stokes hit a couple of sixes. It felt 50-50, but we got the last wicket.

“Dot ball pressure was the main thing through the innings. We did that very well and generally didn’t give them boundaries.”

The senior players rose to the occasion. Not only Malinga, with figures of 4/43, but also Angelo Mathews, whose unbeaten 85 from 115 balls was placed in context by the struggles of England in the second innings.

“Those two are the key players for us,” de Silva said. “If we get 300-plus runs in every match, Lasith will do the job for us.

“He is our main weapon. If it is his day, we know that Sri Lanka can win matches and if I can dedicate something with runs or wickets for the team it is a very good feeling.