Despite registering a win, Pakistan failed to advance in the tournament as they had to restrict Bangladesh to seven runs or below after they posted a target of 316 runs. 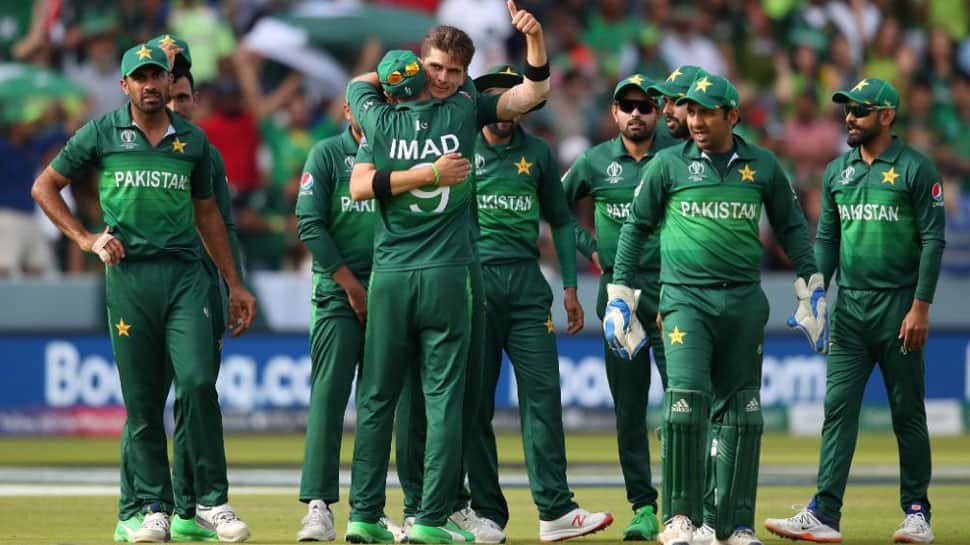 However, despite registering a win, Pakistan failed to advance in the tournament as they had to restrict Bangladesh to seven runs or below after they posted a target of 316 runs.

Chasing a target of 316 runs, Bangladesh had a decent start going on to form a 26-run partnership before Mohammad Amir provided his side with their first breakthrough as he dismissed Sarkar (22).

Shakib Al Hasan then came out to bat and added another 22 runs on the scoreboard along with Iqbal. However, Iqbal was bowled by Shaheen Shah Afridi in the 11th over, which halted his 8-run inning.

Mushfiqur Rahim (16) was the next batsman but he too failed to leave a mark on the field as he bowled in the 18th over by Wahab Riaz. Liton Das then took the field and played brilliantly with Shakib Al Hasan. Shakib Al Hasan scored his half-century and stitched a much-needed 58-run partnership with Das.

However, Shaheen Shah Afridi dismissed Das (32) in the 29th over. Soon after Das` dismissal, Shakib Al Hasan too became a victim of Afridi in the 33rd over as he was caught behind. Shakib Al Hasan scored 64 runs and became the highest-run getter in the tournament with 606 runs.

After the conclusion of 33 overs, half the Bangladesh batting line-up was sent back to the pavilion with just 164 runs on the scoreboard. Mahmudullah and Mosaddek Hossain then took the field hoping to save the sinking Bangladesh ship. However, they could only manage to add 43 runs as Shadab Khan, in the 40th over, took the wicket of Mosaddek Hossain (16).

In the next over Shaheen Afridi came back to dismiss Mohammad Saifuddin (0) and Mahmudullah (29). Mehidy Hasan and Mashrafe Mortaza (15) then took the field but only managed to form a 21-run partnership as the latter was stumped off a Shadab Khan delivery.

The last batsman, Mustafizur Rahman then came out to bat but was bowled in the next over by Shaheen Afridi. Consequently, the Bangladesh batsmen were bowled out for 221 runs.

Shaheen Afridi took six wickets in the match and his name got immortalised in the Lord`s Honours Board.

Earlier, Imam-ul-Haq and Babar Azam powered Pakistan to pose an impressive total of 315 for the loss of nine wickets.Pakistan faced an early hiccup as they lost Fakhar Zaman. Mohammad Saifuddin dismissed Fakhar (13), who gave a simple catch to Mehidy Hasan at point.

Imam found support in Babar and the duo stitched a solid 157-run partnership for the second wicket. Saifuddin returned and got the major breakthrough as he dismissed Babar leg-before for 96. However, Imam managed to complete his century and got his name immortalised on the Lord`s Honours Board.

Soon after Imam (100) was dismissed off a Mustafizur Rahman delivery, reducing Pakistan to 246 for the loss of three wickets. No new batsmen could build on the momentum set by the Pakistan top-order. Mehidy Hasan did not let Mohammad Hafeez open his arms and dismissed him for 27.

Mustafizur returned and got rid of Haris Sohail cheaply for six, reducing Pakistan to 255 for the loss of five wickets. Pakistan skipper Sarfaraz Ahmed came out to bat next but a Saifuddin delivery forced him to retire hurt as the ball hit Sarfaraz`s (3*) elbow.

Wahab Riaz, who has the potential to go big, came out to bat next but Saifuddin sent back him back to the pavilion cheaply for two. Towards the end, Mustafizur bagged three more wickets accounting for Shadab Khan (1), Imad Wasim (43) and Mohammad Amir (8) to immortalise his name on the Lord`s Honours Board having picked a five-wicket haul.