Pakistan and Sri Lanka settled with one point each as their match in the ongoing ICC Men`s Cricket World Cup was called off on Friday due to relentless rain at the County Ground in Bristol. 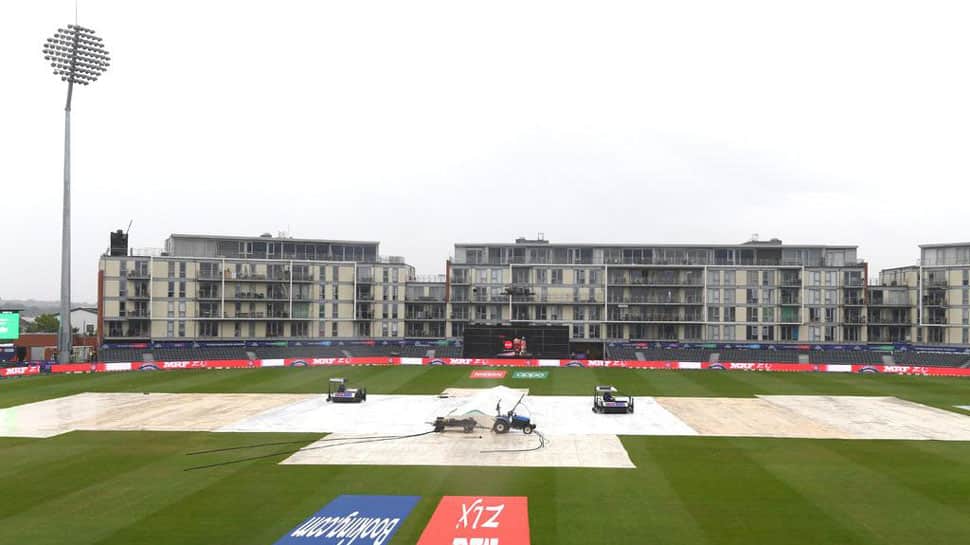 Pakistan and Sri Lanka settled with one point each as their match in the ongoing ICC Men`s Cricket World Cup was called off on Friday due to relentless rain at the County Ground in Bristol.

The rain stopped for a while and the umpires conducted regular inspections. However, the match officials decided to abandon the clash as the outfield still had some wet areas.

Pakistan and Sri Lanka both had one victory and one loss going into the match.

According to the teams' head to head record, Pakistan have seven victories in the history of the 50-over tournament against Sri Lanka.

The Sarfaraz Ahmed-led side lost its opening match to West Indies by seven wickets. The team, however, bounced back and changed their fortunes as they registered a narrow 12-run victory over the tournament favourites and hosts England.

The Sri Lankan side, captained by Dimuth Karunaratne, was thrashed by New Zealand by ten wickets in its first match. The team, however, opened its account in the points table as they defeated Afghanistan by 34 runs in their second World Cup match.

Sri Lanka will next face Bangladesh on June 11, while Pakistan will take on Australia on June 12.

ICC World Cup 2019: England aim to bounce back against Bangladesh