ICC World Cup 2019: South Africa block out the outside noise ahead of Windies clash

South Africa are searching for their first win of the ICC Men’s Cricket World Cup with fresh minds after a tough opening week in the tournament, as per ICC press release. 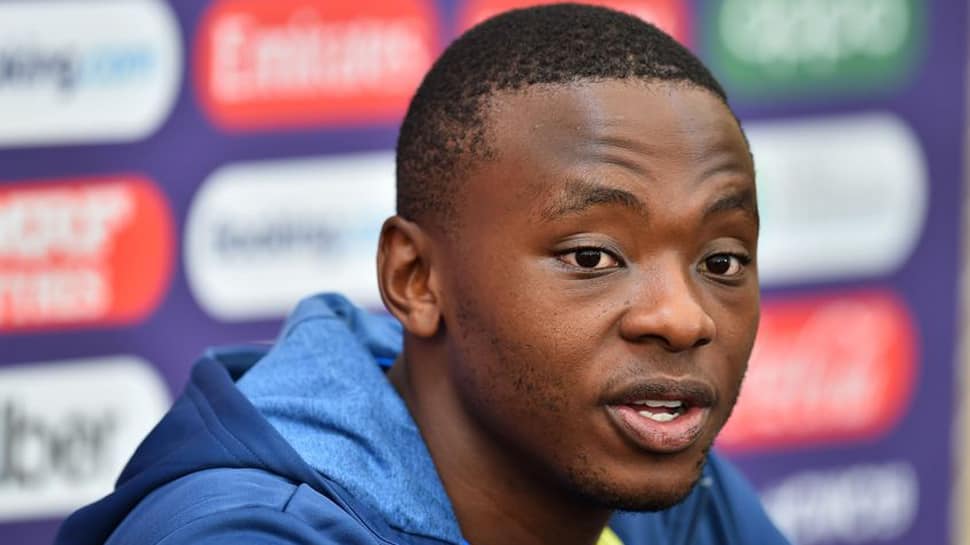 South Africa are searching for their first win of the ICC Men’s Cricket World Cup with fresh minds after a tough opening week in the tournament, as per ICC press release.

As well as losing their first three matches, their most senior bowler Dale Steyn was ruled out due to injury.

With sideshows aplenty, the team have focused their preparation for their match against West Indies on shutting out the noise and reigniting their feel-good-factor.

“There’s just been a lot happening off the field and we are just looking to clear that out of our heads,” fast bowler Kagiso Rabada said.

In Steyn’s absence, and with Lungi Ngidi also a doubt for the West Indies game, Rabada will lead the attack as he looks to make his own mark on the tournament. He has taken four wickets in three matches so far and has begun to look threatening but unlike Jofra Archer, Oshane Thomas and Mitchell Starc, Rabada has yet to rip through an opposition line-up. He said there is no envy towards his counterparts but hopes he can emulate them.

“They are all phenomenal bowlers. I enjoy watching other bowlers bowl. It’s nice to see other people do well, but not against us,” Rabada joked. “We all have our aspirations. We want to achieve certain goals. I don’t think it puts any pressure on me (to perform). I know exactly what I want to get out of the game. When you admire other sportsmen, it can inspire you.”

One of those inspirations is in his own changing room. Left-arm seamer Beuran Hendricks, who replaced Steyn, could share the new ball with Rabada, who only had praise for his new teammate. “Beuran is a really good bowler. I rate him a lot. He brings variety. He has got a lot of skill and he has played international cricket before. I’ve played with him and against him. I am really confident with him being in the team and he always gives it his all,” Rabada said.

Rabada, Hendricks and two out of Chris Morris, Andile Phehlukwayo and Dwaine Pretorius will take care of South Africa’s seam bowling job but that still leaves the batsmen with a lot to do to change their team’s fortunes. In all three defeats so far, South Africa have not scored enough runs and they will now have to do it against one of the best pace attacks in the tournament.