While Hashim Amla will also be participating in the 50-over showpiece event for the third time, Aiden Markram and Lungi Ngidi will make their maiden appearance. 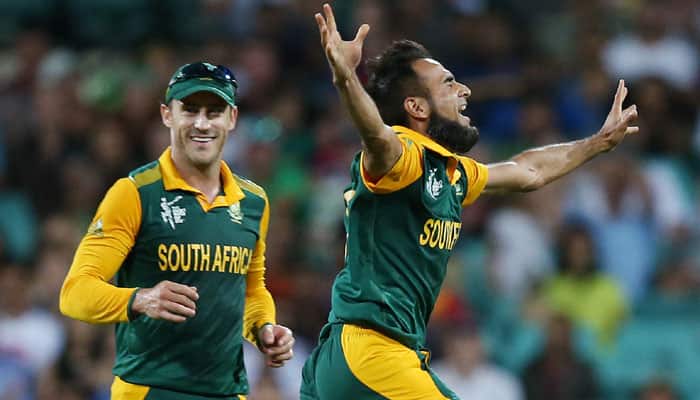 South Africa will look to make a solid start when they head into the International Cricket Council (ICC) World Cup 2019 with a quite balanced team of youth as well as experienced players.

Faf du Plessis, who will lead the South African squad, will be making his third appearance in the cricket’s premier tournament, which is slated to take place in England and Wales from May 30 to July 14.

While Hashim Amla will also be participating in the 50-over showpiece event for the third time, Aiden Markram and Lungi Ngidi will make their maiden appearance.

South Africa will head into the mega event with a decent form, having sealed nine out of their last 11 one-day internationals. Talking about the World Cup, they were bowed out in the semi-finals of the tournament in heartbreaking fashion in 1992, 1999, 2007 and 2015.

On Friday, South Africa began their final stages of preparation for the quadrennial event with a crushing 87-run win over Sri Lanka at Cardiff on Friday. They will now lock horns with West Indies in their second warm-up match before kickstarting their World Cup campaign against England.

Here is the complete schedule and squad of South Africa for the upcoming event:

ICC World Cup 2019: New Zealand will take some confidence out of win against India: Trent Boult