India vs Australia: Skipper Tim Paine apologises for his behaviour in SCG Test

On two occasions, Ravichandran Ashwin was seen backing away from his stance and looking at Paine as the Australia captain became more and more vocal. 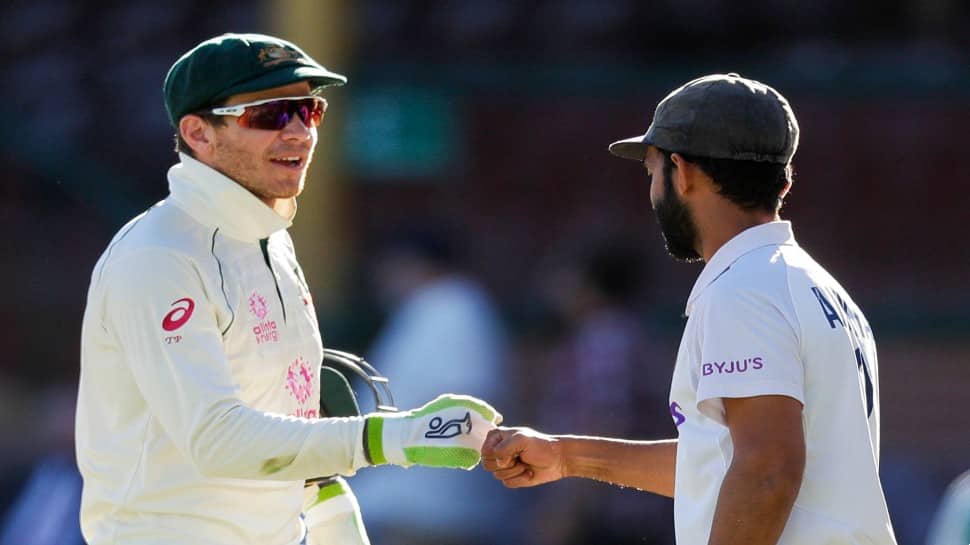 Indian off-spinner Ravichandran Ashwin and Australian captain Tim Paine were heard exchanging some sledges in the heat of the battle during the last session of the drawn SCG Test on Monday, as Ashwin and Hanuma Vihari frustrated the hosts to keep the series alive. On two occasions, Ashwin was seen backing away from his stance and looking at Paine as the Australia captain became more and more vocal as the game petered out to a draw.

Early on Tuesday morning, Paine held an impromptu press conference to apologise for his behaviour on the field to the Indian cricket fans. "I want to apologise for the mistakes I made. It is certainly not a reflection of how I want to lead the team. We set high standards over the last 18 months and yesterday, it was a blip in the radar. I needed to come out and address. I am bitterly disappointed with the way I behaved and my whole mood during the entire course of the Test match was slightly off," Paine told the media on Tuesday.

"The way I spoke to the umpires on day 2 was disappointing. I have to cope that on the chin. It is not the way I want to lead the Australian team going forward. I talk to the players on how to play the game based on skill and not on emotion. Yesteray, I fell short on standards and expectations so bitterly disappointed with that. This is time for some self-reflection and learning from it and be able to move on to the Gabba Test," the Australian skipper said.

In the 122nd over of the innings, Paine was heard on the stump mic saying: “Can’t wait to get you to the Gabba, Ash,” – referring to India’s reluctance to travel to Brisbane for the fourth Test due to the hard quarantine rules in the city.

"I am someone who prides in self in leading the team. Yesterday was a poor reflection of that. My leadership was not good enough. I let the pressure of the game get to me. It affected my mood and performance. When I went off the field, the reflection was on my wicketkeeping and reflecting on the whole game.

"I said to the players that we had a poor game not as a captain but as a leader. I am a captain who wants to enjoy the game and play the game with a smile. I fell short of my expectations and team standards. I am human," Paine added.

"I apologise to the fans and to all the people to whatever they heard from me," he said.

India vs Australia: Injured Vihari out of Brisbane Test, unlikely for Eng series