India vs England: Virat Kohli asks why there can’t be ‘I don’t know’ call from umpires

The third umpire took his time and checked all angles, but there was nothing conclusive to prove Dawid Malan had not taken it cleanly – but because the soft signal was out – it remained that way as Suryakumar Yadav had to depart. 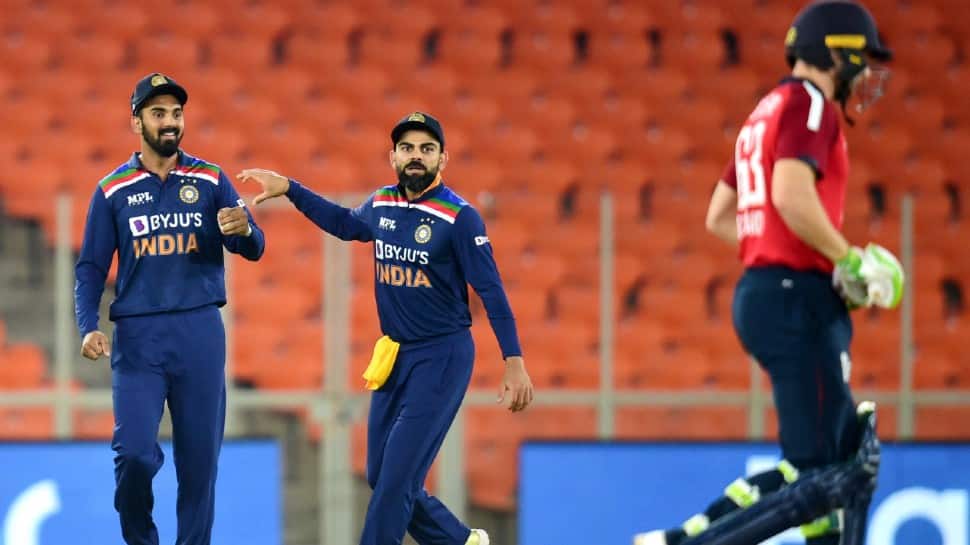 India might have won the fourth T20 games against England at the Narendra Modi Stadium in Ahmedabad but a couple of controversial dismissals of Suryakumar Yadav and Washington Sundar have drawn skipper Virat Kohli’s ire. Yadav, who scored a brilliant 57 off 31 balls on debut on Thursday (March 18) night, was out controversially when Dawid Malan took a catch at fine leg in the 14th over of the innings.

The third umpire took his time and checked all angles, but there was nothing conclusive to prove Dawid Malan had not taken it cleanly – but because the soft signal was out – it remained that way as Suryakumar had to depart.

“There was an instance during the Test series when I was next to Jinks and he clearly caught the ball but he wasn’t sure so we went upstairs. If it is a half and half effort and the fielder is in doubt, there is no way the umpire from square leg can see it clearly. The soft signal becomes that important and it becomes tricky,” Kohli said, in the post-match presentation.

Kohli also emphasized on the debate of the ‘I don’t know’ call from the on-field umpires and compared it to the umpire’s call decision in DRS.

“I don’t know why there can’t be an ‘I don’t know’ call with the umpires as well. It is similar to umpire’s call as well. These are decisions that can change the course of the game, especially in these big games. We were on the receiving side today, and tomorrow it could be some other team. You want these ironed out and keep the game really simple and linear. It isn’t ideal in high-pressure games and have a lot of clarity on the field,” Kohli added.