Suryakumar Yadav's controversial dismissal divides internet, ex-cricketers question 'how can this be out'

Suryakumar Yadav's stay in the middle was cut short by Sam Curran while he was batting on 57, as he was caught by Dawid Malan at the fine-leg region. 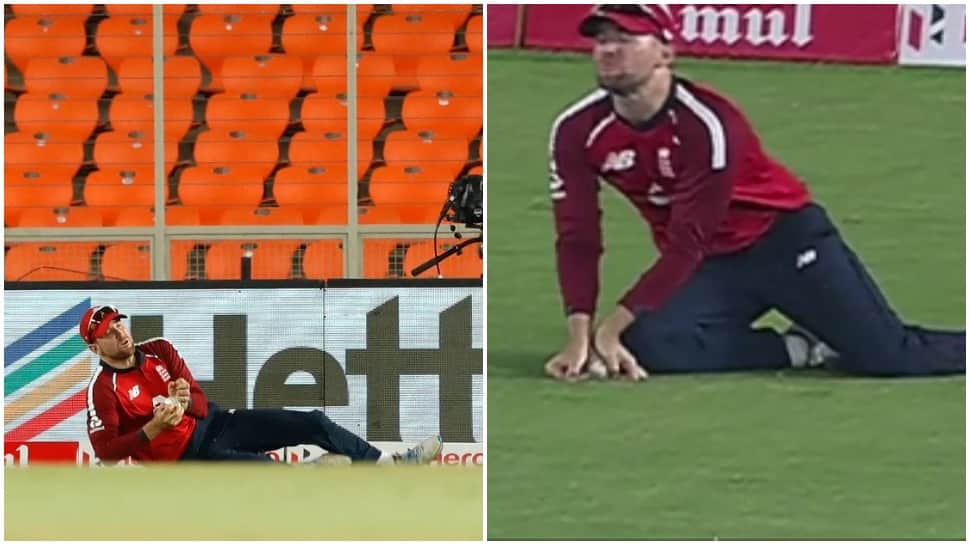 Suryakumar Yadav's light up the Ahmedabad evening on Thursday with some scintillating shots in his first outing as a batsman in T20Is. The 30-year-old, who was handed a debut in the second T20I against England but was later snubbed from the Playing XI in the following encounter, opened his international account with a six and went on to slam his maiden T20I fifty on Thursday.

The batsman's stay in the middle was cut short by Sam Curran while he was batting on 57, as he was caught by Dawid Malan at the fine-leg region.

However, his dismissal created an uproar among the cricket fans as TV replays confirmed that the catch wasn’t clear. A closer look on the incident showed Malan grabbing the ball but it was also brushing the ground. However, due to the soft signal and lack of conclusive evidence the batsman was ruled out.

Here is the video of the incident:

Former cricketers Virender Sehwag, Wasim Jaffer, and other expressed their disappoitment over Suryakumar's dismissal. Here are a few tweets:

Personally, and do bear in mind that as a bowler I thought everything was out, I think that was a stinking decision.

How can this be out. When you are not sure whether the ball was taken cleanly after watching so many replays using top class technology and still go by the soft signal given by the on-field umpire. I think this rule needs to be revisited and changed. #INDvsENG pic.twitter.com/b5XMdH8qEz

Suryakumar's innings along with some fiery shots from Shreyas Iyer helped India pile 185/8 in 20 overs.