ICC World Cup 2019, India vs New Zealand: As it happened

The 18th match of the ICC Cricket World Cup 2019 at Trent Bridge, Nottingham between India and New Zealand was called off due to rain on Thursday. 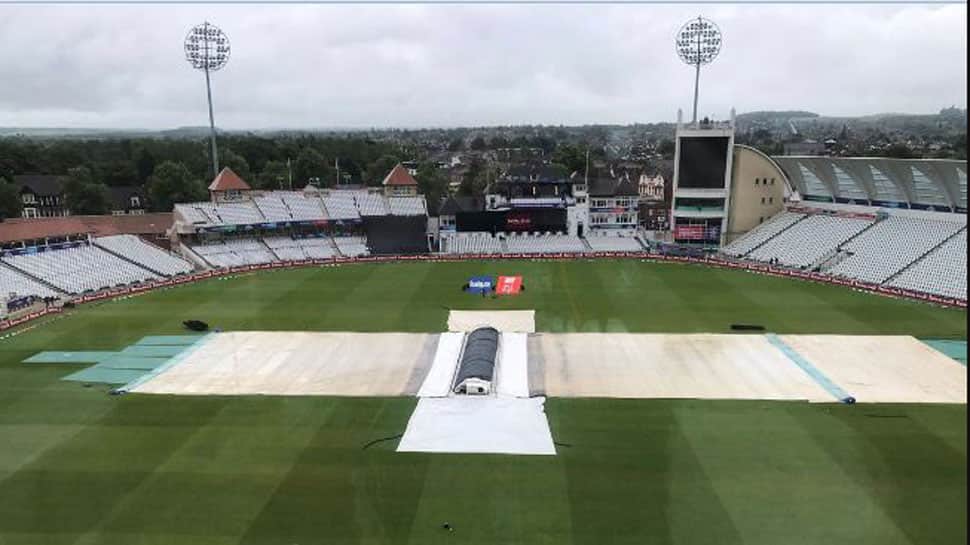 The 18th match of the ICC Cricket World Cup 2019 at Trent Bridge, Nottingham on Thursday was called off due to rain.

Here are the highlights from the 18th match of the tournament between India and New Zealand:

# The match has been called off!

# The umpires are out in the middle with an update expected soon!

The umpires are out in the middle and we will have an update soon.#CWC19

# The rain continues to be heavy with no activity on the ground yet!

# The rain has increased in intensity and seems quite heavy at this stage!

# The covers are back on the field as it has started to drizzle again!

Covers are back on as it has started to drizzle again #CWC19 pic.twitter.com/N5B09s3reh

# The umpires have carried out an inspection with plenty of wet patches currently on the field. The next inspection will take place at 6:00 PM IST.

# The covers are coming off with the umpires on the field for the inspection!

# There has been an increase in the intensity of the drizzling!

# The drizzle has returned with a return for the covers as well!

# The umpires have set 5:00 PM IST as the time for the next inspection!

UPDATE - It's a waiting game here as the next inspection will take place at 12.30 PM local time #CWC19 pic.twitter.com/kyBdwgyjOp

# The covers have come off with the rain stopped as well. The umpires are ready to inspect the field!

# The rain has started again with covers back on!

# Rain has stopped with the covers being removed gradually!

# It has started drizzling again which is set to result in the clash being further delayed. The covers are back on!

# The BCCI has confirmed that there will be an inspection at 3:00 PM IST in case there is no further rain, confirming a delayed start to the clash!

India and New Zealand are currently unbeaten in the ICC Cricket World Cup 2019.

The Indian team will look to extract revenge against New Zealand after being defeated in a warm-up clash early on.

However, it will not as easy in the absence of opener Shikhar Dhawan who has been ruled out for nearly three weeks following an injury. KL Rahul is set to replace Dhawan at the top of the order.