India vs Pakistan T20 World Cup 2021: Virat Kohli’s side will have the edge over Babar Azam’s boys, says Azhar Mahmood

The neighbours India and Pakistan will clash in the most-anticipated contest of the showpiece event on October 24 and Mahmmod, a veteran of 143 ODIs and 21 Tests, said that India will also ‘have a good understanding of the playing conditions’. 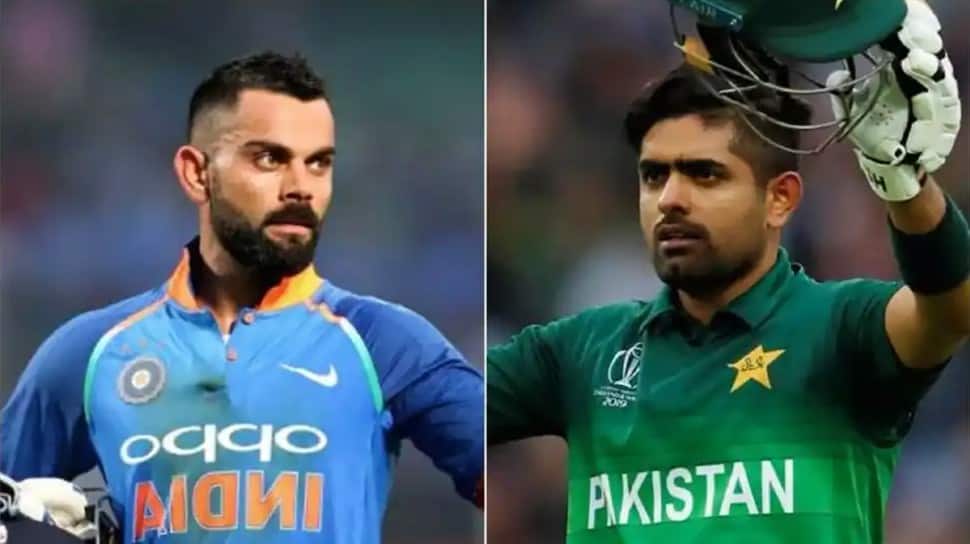 Former Pakistan all-rounder and bowling coach Azhar Mahmood has said that despite the ‘age-old cliche of any team can win’ the battle of the arch-rivals, India will have the edge in the ICC T20 World Cup 2021 beginning October 17 because their players have been playing the IPL 2021 which was played in the same venues in the UAE.

The neighbours will clash in the most-anticipated contest of the showpiece event on October 24 and Mahmmod, a veteran of 143 ODIs and 21 Tests, said that India will also ‘have a good understanding of the playing conditions’.

“India-Pakistan games are always special when it comes to the hype and the pressure on players and the age-old cliche of any team can win on the day does apply to the game in this T20 World Cup as well. But realistically speaking, India does have an advantage going into this game as their players have been participating in the IPL which was played in the same venues in the UAE. So apart from playing highly competitive cricket, they also will have a good understanding of the playing conditions in the UAE,” wrote Mahmood for PakPassion on Saturday.

But Mahmood also opined that Pakistan cricketers too had played some ‘intense’ Twenty20 cricket in the recently concluded National T20 Cup, which had prepared them for the T20 World Cup despite New Zealand pulling out of the limited-overs series at the last minute.

“But let us not forget that Pakistani players have also taken part in some intense Twenty20 cricket in the recently concluded National T20 Cup which was moved due to the cancellation of the New Zealand tour. Having said that, we all know that any India-Pakistan match is generally won by the side that is most able to absorb the pressure and in a format like Twenty20, it can easily come down to just one over where a batsman or bowler can totally change the complexion of the game,” he added.

The travel diary of the Pakistan Team

Pakistan has a dismal record against India in ICC tournaments with the men in green winning only 3 out of 17 matches, and all three victories came in Champions Trophy matches. The last time Pakistan beat India was in the 2017 ICC Champions Trophy final.

“Regardless of current form, the fact is that Pakistan have done very well in the Twenty20 games in the past. In fact, most of the squad chosen for the ICC T20 World Cup such as Babar Azam, Shoaib Malik, Mohammad Hafeez, Shadab Khan, Hassan Ali and Shaheen Shah Afridi are players who were part of the squad when Pakistan were top of the ICC Rankings. My point is that this side is no stranger to tough matches and we should expect them to do well in this tournament also, regardless of the opposition. This is exactly why I have high hopes that we will perform well and win our tournament opener against India,” wrote Mahmood.