India have emerged out as the winners of the ICC World Cup twice in 1983 and 2011 while they have also finished as the runners-up during the 2003 edition of the mega event. 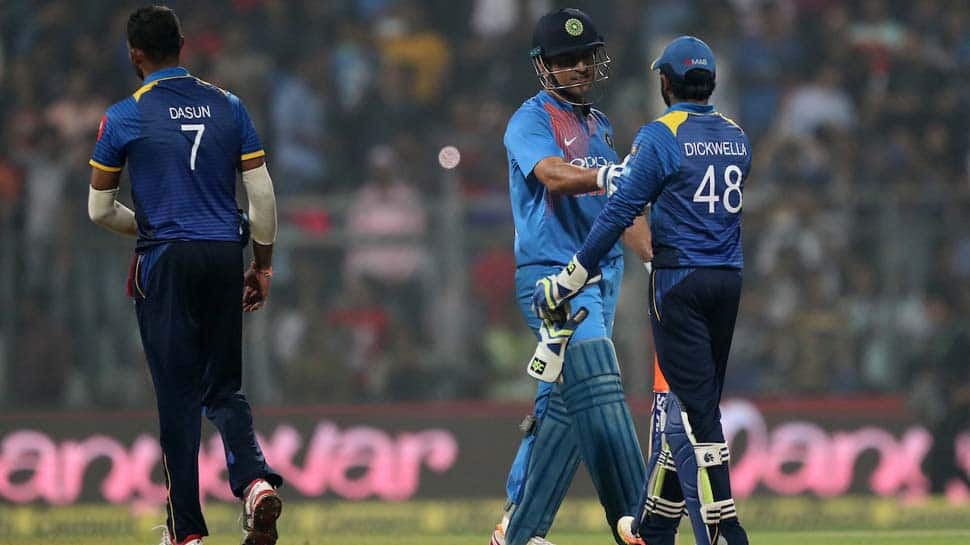 India, who have already secured a spot in the semi-finals of the 2019 International Cricket Council (ICC) World Cup, will look to make a top-place finish in the group stage when they take on Sri Lanka in a dead-rubber clash at Headingley Carnegie in Leeds on Saturday.

India are currently standing at the second position in the World Cup 2019 points table, having sealed victories in six out of the eight matches they have played so far in the ongoing edition. Meanwhile, India's match against Kane Williamson's New Zealand was abandoned without a ball being bowled due to incessant rain.

Sri Lanka, on the other hand, are already out of the contention of making it to the knockout stage of the quadrennial event after having won just three out of the eight matches so far. They are placed at the sixth spot in the points table and will look to end their campaign on a positive note with a win over the Men in Blue.

According to the past records, India have emerged out as the winners of the ICC World Cup twice in 1983 and 2011 while they have also finished as the runners-up during the 2003 edition of the mega event.

Sri Lanka, on the other hand, have tasted the glory only once in 1996 while they have finished as the runner-ups in the 2011 and 2015 editions of the marquee event.

In the World Cup, the two sides have met each other for a total of eight times. Out of those encounters, the Men in Blue won thrice while Sri Lanka clinched victories on four occasions. One game between the two sides did not fetch any result.

On June 16, 1979, the two sides faced each other for the first time in the World Cup in Manchester, England. Sri Lanka won that match by a margin of 47 runs.

India and Sri Lanka next faced each other in a World Cup clash on February 28, 1992 at Mackay, but the match ended in no result.

In the 1996 edition of the World Cup, the two sides locked horns twice. Sri Lanka sealed the victory over the Men in Blue by a margin of six wickets in a group stage match at the Feroz Shah Kotla Stadium in New Delhi before the former also won the semi-final clash by default due to spectators' interference during the second innings.

India sealed their first-ever victory over Sri Lanka in the World Cup on May 26, 1999 at Taunton by registering a win by a huge margin of 157 runs.

The sixth World Cup clash between the two sides came in March 2003 at Johannesburg in South Africa. The Men in Blue clinched a crushing 183-run win in that match.

While Sri Lanka defeated India by 69 runs during their seventh World Cup meeting in 2003 at the Port of Spain, the most recent meeting between the two sides in the marquee event took place on April 2, 2011 at Wankhede Stadium in Mumbai where India sealed a six-wicket win to lift their second title.

Now, it will be interesting to see whether the Virat Kohli-led side manage to level the head-to-head record against Sri Lanka or the Dimuth Karunaratne-led team further improve their record on Saturday.

However, India hold an edge over Sri Lanka in their overall head-to-head record in the One-Day Internationals (ODIs). Out of 158 times, the two sides have faced each other in ODIs, India have emerged out victorious in 90 games while Sri Lanka have won on 56 occasions.

While 11 of those meetings between Sri Lanka and India didn't fetch any result, one match between the two sides resulted in a draw.