Virat Kohli-led Royal Challengers Bangalore (RCB) will once again take the field on Saturday when they battle it out against Steve Smith's Rajasthan Royals in Match 15 of the 2020 edition of the Indian Premier League (IPL) at the Sheikh Zayed Cricket Stadium. 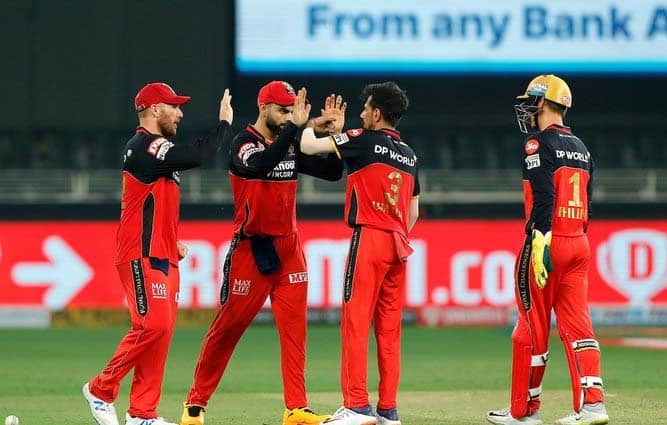 Virat Kohli-led Royal Challengers Bangalore (RCB) will once again take the field on Saturday when they battle it out against Steve Smith's Rajasthan Royals in Match 15 of the 2020 edition of the Indian Premier League (IPL) at the Sheikh Zayed Cricket Stadium.

Both RCB and RR are off to a mixed start of the cash-rich tournament, having sealed two wins from three matches they have played so far.

The 2008 champion, however, slumped to a 37-run defeat at the hands of Kolkata Knight Riders in their last match in Dubai.

Virat Kohli's franchise, on the other hand, kicked off their campaign with a 10-run defeat against SunRisers Hyderabad in their opener before failing to capitalise on the same and suffering a crushing 97-run defeat against Kings XI Punjab.

However, the RCB held their nerves in the third match to register a Super Over win over defending champions and four-time winners Mumbai Indians.

As of now, both sides are looking relatively balanced in all departments. While Rajasthan Royals look good in all the three departments of the game so far, the Kohli-led team looks a bowling-heavy side at the moment.

Talking about the head-to-head record, Rajasthan Royals hold a slight upper hand over the Bangalore franchise heading into their fourth clash.

The two sides have met each other in a total of 21 matches, with RR clinching victories on ten occasions and RCB winning eight of those matches.

Meanwhile, three matches between the two sides ended in no result/abandoned.

The clash, which is the first double header of the IPL 2020, will take place from 3.30 p.m IST onwards and in the absence of fans amid the coronavirus pandemic.The match will be telecast on Star Sports Network, while the live streaming of the tie will be available on Star’s streaming application Hotstar.