The victory saw Mumbai Indians climb up to the top spot in the IPL 2020 standings with seven wins from 10 matches, while three-time champions CSK continue to remain at the bottom of the table with three victories in hand. 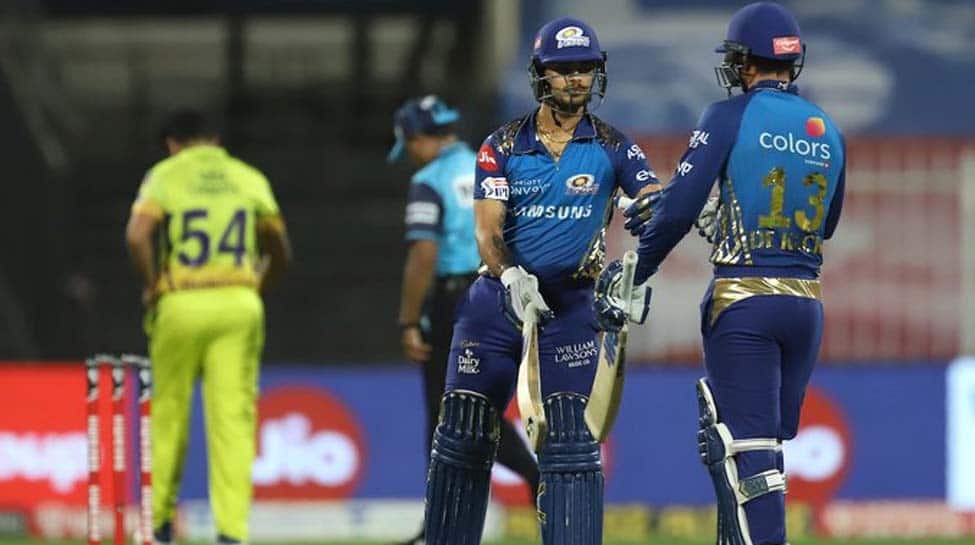 The MS Dhoni-led side headed into the two sides' second clash of the season with some big changes in their batting order. While opener Shane Watson was left out of the Playing XI, Sam Cuttan was demoted back to the lower order.

Ruturaj Gaikwad was asked to open the innings with Faf du Plessis, but the former departed for a duck after being caught by Trent Boult leg before wicket in the very first over.

Jasprit Bumrah struck twice in the next over to remove Ambati Rayudu and N Jagadeesan cheaply for two and duck, respectively before Boult sent Du Plessis (1) back to the pavilion in the third over to reduce CSK to 3/4.

Subsequently, MS Dhoni and Ravindra Jadeja joined forces and looked to steady CSK's innings. However, Jadeja dismissed for seven after being caught by Krunal Pandya off Trent Boult's delivery in the sixth over before Dhoni fell for 16 in the next over to see CSK lose their top six batsmen for just 30 runs.

Sam Curran, who came to bat at the seventh spot, staged a late fight back for Chennai by notching up 47-ball 52 runs besides stitching a crucial 43-run stand with Imran Tahir (unbeaten at 13) to help CSK post 114 for nine in their stipulated 20 overs.

Notably, the 43-run partnership between Curran and Tahir was also the highest ninth-wicket stand in the IPL. The previous record was set by MS Dhoni and Ravichandran Ashwin who stitched a 41-run partnership for the side against the same team in 2013.

Trent Boult proved to be tormentor-in-chief for Mumbai Indians with his figures of four for 18, while Jasprit Bumraand Rahul Chahar bagged two wickets each. Nathan Coulter-Nile also chipped in with a wicket for Mumbai Indians.

In reply, Ishan Kishan smashed a half-century besides sharing a mammoth partnership of 116 runs for the opening wicket with Quinton de Kock to help Mumbai chase down the target inside just 12.2 overs.

Kishan ended his innings at 37-ball 68 runs, which was decorated with six boundaries and five sixes. De Kock notched up five fours and two maximums in his 37-ball knock of 46 runs.

Boult was declared 'Man of the Match' for his match-winning show with the ball.

Notably, this is the first time in the history of the cash-rich league that CSK have slumped to a 10-wicket defeat in a match.

The victory saw Mumbai Indians climb up to the top spot in the IPL 2020 standings with seven wins from 10 matches, while three-time champions CSK continue to remain at the bottom of the table with three victories in hand.