Monday’s game against Sanju Samson’s Royals will be MS Dhoni’s 200th game as Chennai Super Kings captain. Although he appeared in 176 games in IPL and 24 games in the now-defunct Champions League T20 for CSK, Dhoni only led in 199 of those games with Suresh Raina being the captain in one of those CLT20 games. 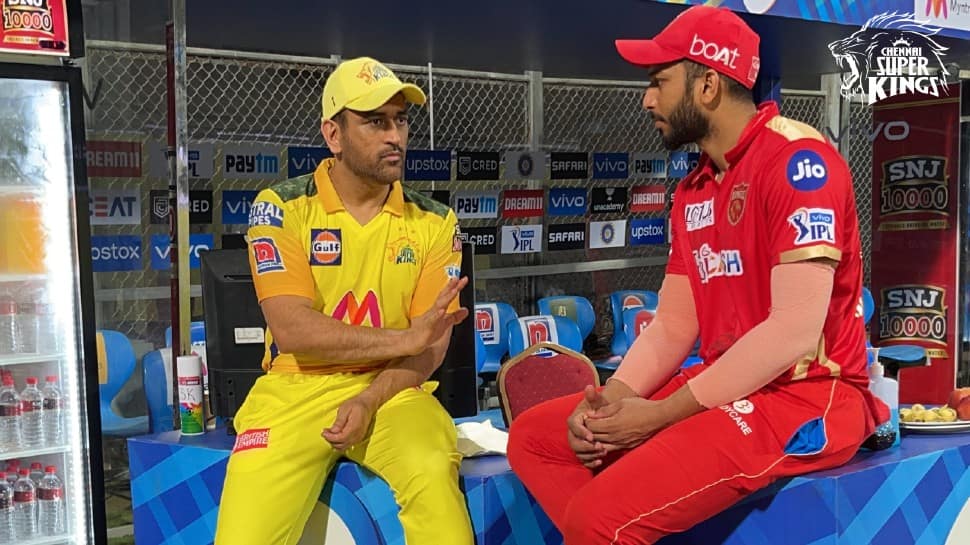 Chennai Super Kings skipper MS Dhoni celebrated his 200th game in his franchise’s colours with a win over Punjab Kings last Friday (April 16) but the threat of at least a two-game ban from the Indian Premier League (IPL) is still looming large over the former India captain. Dhoni was docked Rs 12 lakh as match fees for maintaining a slow bowling over-rate in CSK’s opening game of IPL 2021 against Delhi Capitals.

Dhoni made up for that mistake against the Punjab Kings, as CSK managed to bowl their quota of overs in just 88 minutes instead of BCCI mandated 90 minutes for the completion of an innings. However, BCCI and IPL rules also state that Dhoni can be banned for two to four games if CSK repeated the mistake within two games since the fine. This means that Dhoni will once again need to keep an eye on the over-rate against Rajasthan Royals in their third match at the Wankhede Stadium in Mumbai on Monday (April 19).

The IPL Playing Conditions state: the officials will calculate the over-rate at the end of each innings. However, they will take the following allowances into consideration as well according to Clause 12.7.3:

1. The time lost as a result of treatment given to a player by authorized medical personnel on the field of play.

3. The time taken for all third umpire referrals, consultations and any umpire or player reviews.

4. The time lost as a result of time-wasting by the batting side.

5. The time lost due to all other circumstances that are beyond the control of the fielding side.

Monday’s game against Sanju Samson’s Royals will be Dhoni’s 200th game as CSK captain. Although he appeared in 176 games in IPL and 24 games in the now-defunct Champions League T20 for CSK, Dhoni only led in 199 of those games with Suresh Raina being the captain in one of those CLT20 games.

The celebration can soon turn sour for Dhoni and his fans if he fails to adhere to IPL laws especially when it comes to maintaining the over-rate. The former India captain’s fans are already waiting for his to score a run in IPL 2021, after he scored a duck against DC and didn’t come out to bat against Punjab Kings.

IPL 2021: DC opener Shikhar Dhawan not ‘afraid’ to get out, makes conscious effort to improve strike-rate