Chasing a target of 176, Jharkhand knocked off the runs in only 30.2 overs with Kishan hitting nine boundaries and six sixes. 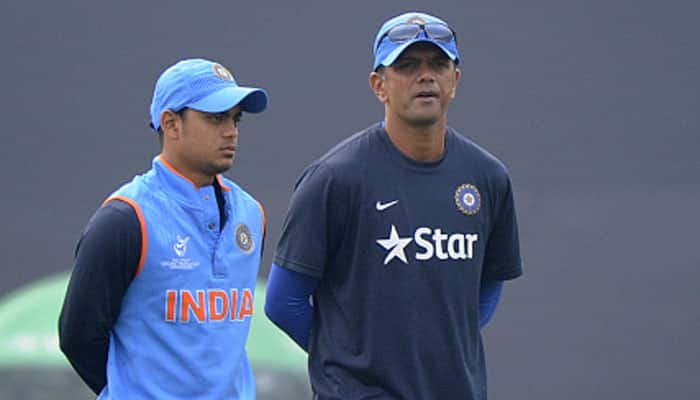 Vadodara: Former India U-19 captain Ishan Kishan, mentored by none other than MS Dhoni, provided a glimpse of his talent with a power-packed 86 off 61 balls that helped Jharkhand beat Haryana by five wickets to make it to their maiden semi-finals of the Ranji Trophy tournament.

Chasing a target of 176, Jharkhand knocked off the runs in only 30.2 overs with Kishan hitting nine boundaries and six sixes as the eastern India state completely dominated proceedings for the entire duration of four days.

While Kishan, who now has 719 runs to his credit, finished with a flourish, left-arm spinner Shahbaz Nadeem (4/78) and leg-spinner Samar Quadri (3/75) were instrumental in dismissing Haryana for 262 in their second innings.

However it was a phase of nine overs between 62nd and 71st that saw Haryana out of the contest losing five wickets for 15 runs. From 178 for 2 as they were consolidating, Haryana were 193 for 7 and they had no chance of a comeback after that.

Chaitanya Bishnoi (52) and Shivam Chauhan (43) added 87 runs for the third wicket before Chauhan was caught by Ishank Jaggi off Nadeem. It started the downslide as Rajat Paliwal (2) was next to go in identical manner, caught Jaggi off Nadeem's bowling.

Bishnoi was caught by substitute Pratyush Singh off medium pacer Kaushal Singh's bowling. RP Sharma (0) and Amit Mishra (0) were back in the hut soon.

With nearly 40 overs and a day's play left, Jharkhand could have taken it easy but young turk Kishan had other ideas.

Skipper Mohit Sharma, an India discard, who has lost a lot of sting in his bowling, was pulled disdainfully and driven with ferocity as he was smashed for 24 in 3 overs.