Pollard's first assignment as the captain will be three T20Is and as many ODIs against Afghanistan in November. 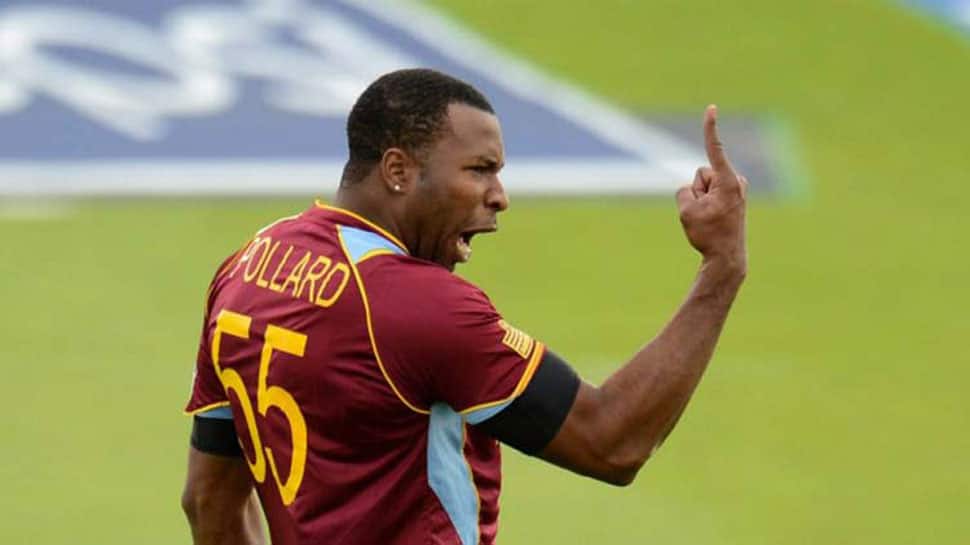 All-rounder Kieron Pollard has been appointed as the new captain of the West Indies in limited-overs cricket, thus replacing Jason Holder and Carlos Brathwaite as ODI and T20I skipper, respectively.

The decision to sack Holder as the ODI captain seems to have come in the wake of the Caribbean side's disappointing campaign at the 2019 International Cricket Council (ICC) World Cup.

However, Holder will continue to remain the captain of the West Indies side in the longest format of the game.

Intrestingly, Pollard has been given the role of leading the ODI side despite not featuring in the 50-over format since October 2016.

While announcing the news of the appointment, Cricket West Indies president Ricky Skerritt said that Pollard is the right man at the moment to take the white-balls teams forward.

"He (Holder) is a very important force and is still going to be our red-ball captain.Holder will now compete for a place in Pollad's team and use this as an opportunity to become a better cricketer. Pollard is the right man at the right time to take our white-ball teams forward. What impressed me the most about Pollard was his keenness and commitment to give back to the game," the ICC quoted Skerritt as saying.

Ecstatic with his appointment, Pollard thanked the West Indies Cricket for having faith on him, adding that that he is eagerly looking forward to work with the coaching staff and players of the team.

“I’m truly honoured to be appointed captain of the West Indies and I would like to thank Cricket West Indies’ Board of Directors for placing their faith and confidence in me. I can’t wait to work with the coaching staff and players as we start building towards future World Cups and give the fans more reasons to get behind the team," the new captain said.

The Caribbean side made a ninth-place finish in the group stage of the 2019 ICC World Cup after winning just two of their nine matches of the prestigious tournament.

Pollard, who made his ODI debut during the 2007 Cricket World Cup, has appeared in a total of 101 matches in the 50-over format since then.

However, there is no cricketer in the world who has played more than Pollard in the shortest format of the game.The 32-year-old has so far appeared in a total of 451 T20I matches, including being part of West Indies' T20 World Cup winning campaign in 2012.

Pollard's first assignment as the captain will be three T20Is and as many ODIs against Afghanistan in November.