The veteran wicketkeeper-batsman has taken a two-month break from the Indian team and was therefore not included in the squad for the ongoing West Indies tour. 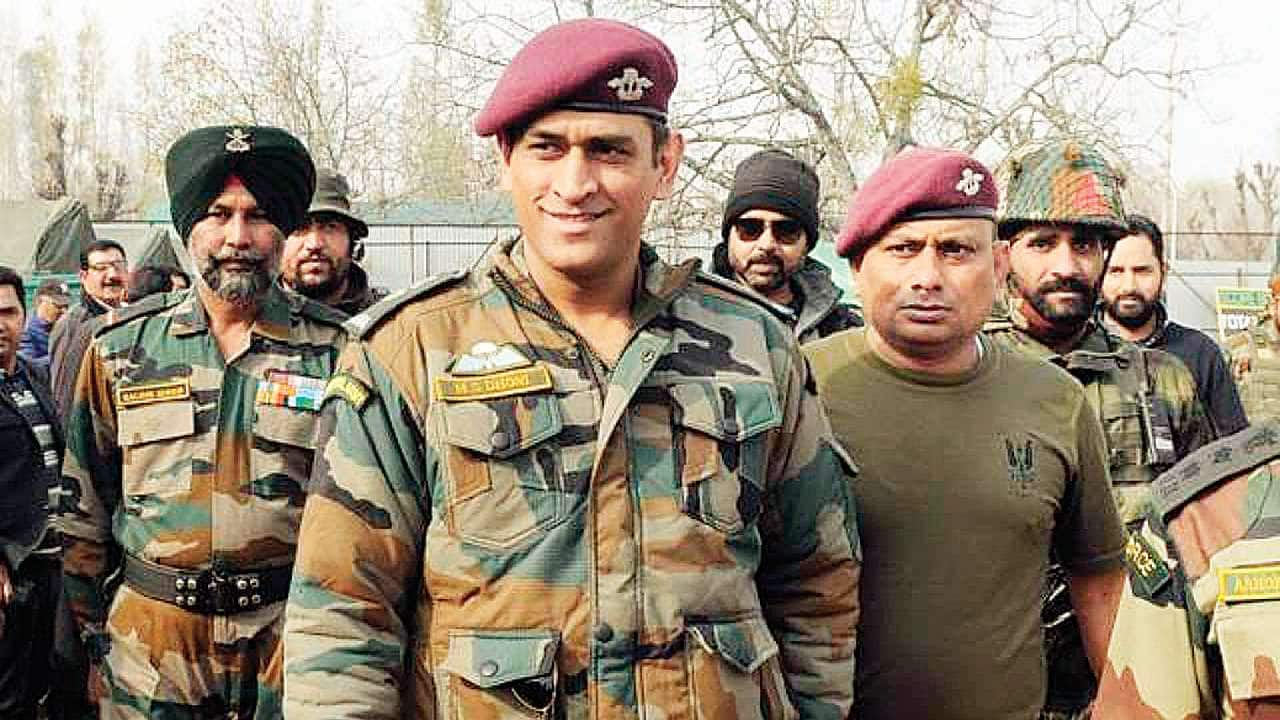 Similarly, another video is making the rounds on social media where the 38-year-old, while donning the uniform, is seen humming the lyrics of the famous Bollywood song "main pal do pal ka shayar hun" from the movie "Kabhi Kabhie".

How pleasing is this! #MSDhoni pic.twitter.com/0gasXKRZXc

Dhoni started serving his regiment from July 30. "Lt. Col Dhoni arrived here today and has joined his unit," one of the officials had said last Tuesday.

He will be staying with his 106 TA Battalion (Para) till August 15 and has undertaken duties of patrolling, guarding and post duties with the troops.

The former captain had in 2015 become a qualified paratrooper after having completed five parachute training jumps from the Indian Army aircraft in the Agra training camp.

The veteran wicketkeeper-batsman has taken a two-month break from the Indian team and was therefore not included in the squad for the ongoing West Indies tour. Virat Kohli and boys have taken a 2-0 lead in the three-match T20I series with the last game set to be played on Tuesday.