Besides the trio, batsmen Jos Buttler and Jason Roy and all-rounder Ben Stokes have also recalled in the England T20I side against the Proteas. 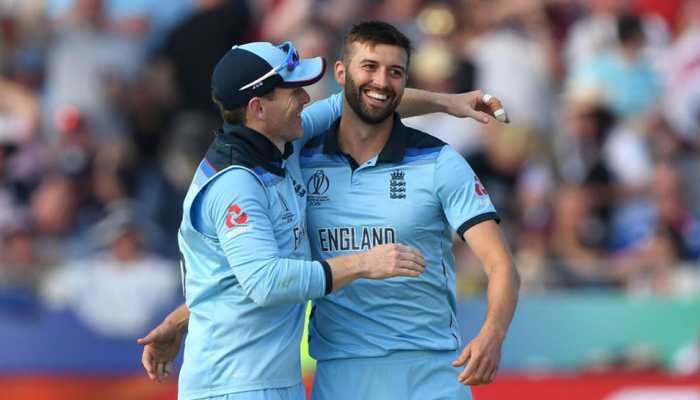 All-rounder Moeen Ali and fast bowlers Mark Wood and Jofra Archer have all returned to the 16-member national squad for the three-match T20I series against South Africa, which is slated to take place from February 12, 2020 to February 16, 2020.

Besides the trio, batsmen Jos Buttler and Jason Roy and all-rounder Ben Stokes have also recalled in the England T20I side against the Proteas.

However, the likes of Tom Banton, Sam Billings, Lewis Gregory, Saqib Mahmood and James Vince--who were all part of the side's 3-2 T20I series win against New Zealand--have been left out of the squad.

Meanwhile, seamers Pat Brown and Saqib Mahmood, leg spinner Matthew Parkinson, batsman Tom Banton have all been drafted into the England squad for the upcoming T20Is.

Reflecting on the T20I squad, national selector  Ed Smith said that the players have been chosen keeping in mind the ICC T20I World Cup next year.

"In the T20s, a number of players who were rested for the successful 3-2 victory in New Zealand return to the squad. We want to expand the pool of players who can perform successfully for England, while also helping the team to peak for major tournaments," the ICC quoted Smith as saying.

Besides T20Is, the England and Wales Cricket Board (ECB) has also announced a 16-member ODI squad for the first time since their maiden ICC World Cup title triumph in July this year.

Surprisingly, Archer, Buttler, Stokes and Wood are all rest for the three-match ODI series against South Africa, beginning February 4 in Cape Town.