What a difference three days make for Pakistan’s Mohammad Hafeez. 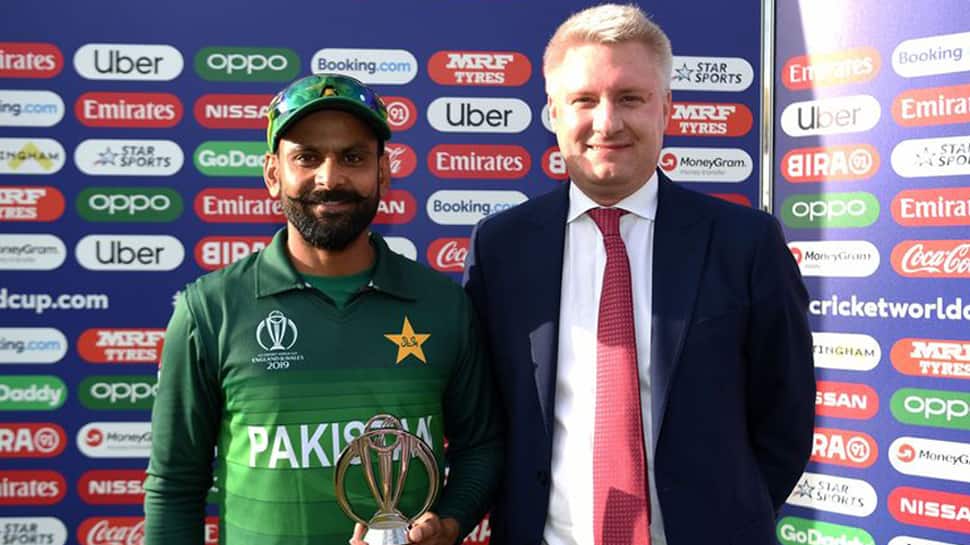 What a difference three days make for Pakistan’s Mohammad Hafeez.

Against the West Indies, he cut a disconsolate figure, bowled out for just 16 and kept kicking his heels in the field as his side slumped to a seven-wicket defeat.

Fast forward to a clash with England and he was all smiles as the world number one side suffered a 14-run ICC Men’s Cricket World Cup defeat, ending Pakistan’s 11 matches winless streak.

As per ICC Media release, Hafeez’s 84 with the bat proved decisive while he claimed the prized scalp of England captain Eoin Morgan in a lively spell with the ball.

It was a win celebrated long into the night by Pakistan supporters, who’d witnessed their team on the wrong end of four defeats in their series with England last month.

Revenge is a dish best served when it really matters.

“I don’t know if England were complacent but we were certainly confident,” said Hafeez, who was dropped on 14 by Jason Roy, a catch he’d normally take one-handed with both eyes shut.

“In the series with England we thought we were close, even if the matches didn’t go quite our way. We made some crucial mistakes at crucial times but that didn’t happen today. England made the mistakes and we were very consistent.

“It’s a feeling of total relief. After the game against the West Indies we were really looking forward to this match and putting things right.

“We know this team is very capable we just needed to start converting some matches into wins.

“We had a really good meeting after the West Indies and we put right everything we discussed. I’m very proud of how we expressed ourselves.”

Hafeez’s runs - and Babar Azam’s 63 - helped Pakistan to a score of 348-8, after England had won the toss and unleashed their fastest bowlers.

But while that tactic worked for the West Indies, Pakistan were clearly in no mood to make the same mistakes twice.

“We knew we could set them a good score,” added Hafeez. “We knew we could really make them chase and there was something on this track for our bowlers too. We never lost the belief in this team.”

Wahab Riaz, recalled to the Pakistan team for this World Cup, was the pick of their bowlers, giving England a taste of their own medicine with some 92mph pearlers.

He claimed three wickets, including the prized scalp of Jonny Bairstow, as England’s openers struggled for the second consecutive match.

“We needed that, after losing 11 games, that’s a very big win against a very good side,” he said.

“I said after the West Indies match that we would bounce back - and hats off to the boys.

“There was a lot of pressure on our batsman after the West Indies performance but they did brilliantly. They gave the bowler a target to defend and those early wickets of Bairstow and (Jason) Roy were key.”

ICC World Cup 2019: Pakistan show just why they are cricket’s enigma with win over England