On December 23 in 2004, Dhoni made his debut against Bangladesh and since then has been a remarkable servant of Indian cricket. Counted among India's most successful captains, the 38-year-old has been a vital cog for Indian cricket in the last 15 years. 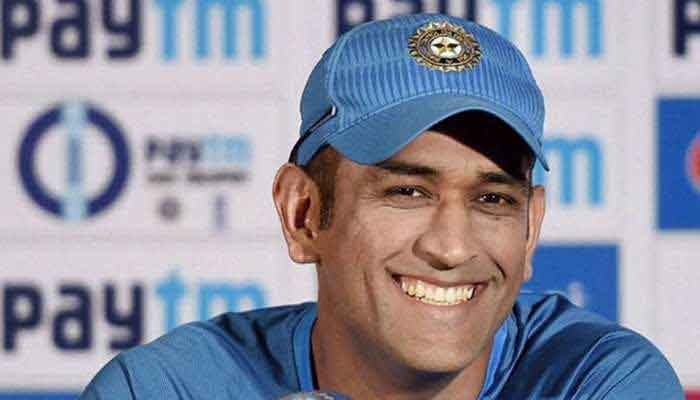 On December 23 in 2004, Dhoni made his debut against Bangladesh and since then has been a remarkable servant of Indian cricket. Counted among India's most successful captains, the 38-year-old has been a vital cog for Indian cricket in the last 15 years. Be it his brilliant glove work or his skillful batting, the wicketkeeper-batsman has contributed in every way possible for taking the Men in Blue to the pinnacle of the sport.

However, Dhoni did not have the best of starts to his international career. He was run-out off his first ball against Bangladesh on December 23, 2004. However, this footballer-turned cricketer didn't get disappointed. He rather worked hard on his game and made sure he becomes an integral part of the Indian cricket team in the times to come and went on to achieve accolades which players dream about.

"Dhoni finishes off in style. A magnificent strike into the crowd! India lift the World Cup after 28 years!" this commentary by Ravi Shastri of MS Dhoni after the wicketkeeper-batsman led India to a win in the final of the 2011 World Cup at the Wankhede Stadium in Mumbai with a humongous six off Sri Lanka pacer Nuwan Kulasekara still reverberates in the ears of millions of Indians.

With that six, Dhoni had fulfilled the long-cherished dreams of Sachin Tendulkar, who had all the batting records to his name in international cricket except his hands on the World Cup trophy.

The wicketkeeper-batsman holds all the records which one can ask for as a captain of an international team. He is the only international captain to have won an ICC 50-over World Cup, T20 World Cup and Champions Trophy. He led Team India to the numero uno spot in ICC Rankings, both in Tests and in ODIs.

After Sachin Tendulkar, if there has been one man who has stopped the heartbeats of billions of Indians, it is Dhoni.

The 'Master Blaster' had once said that Dhoni is probably the best captain he had played with. And this sentence from Tendulkar speaks volume of how much Dhoni has contributed not just to Indian cricket but the sport as a whole.

By no means can Dhoni be ever said as a conventional cricketer, especially batsman, who possesses the right technique which is a requisite at the international stage. He doesn't caress the off drives or the leg glances but what he does is something which all batsmen dream about.

Following the 2019 World Cup where India bowed out of the competition in the semi-finals, Dhoni has not returned to the cricket field and has kept the cricketing world guessing about his retirement from international cricket.

While the decision to bid adieu to the game rests entirely with Dhoni, his fans would really like him to play for India in next year's World T20 and help Virat Kohli lift the trophy.