Dhoni laboured to 28 off 52 balls, bringing back to memory the days when he was questioned for his slow pace to the twilight of his career. 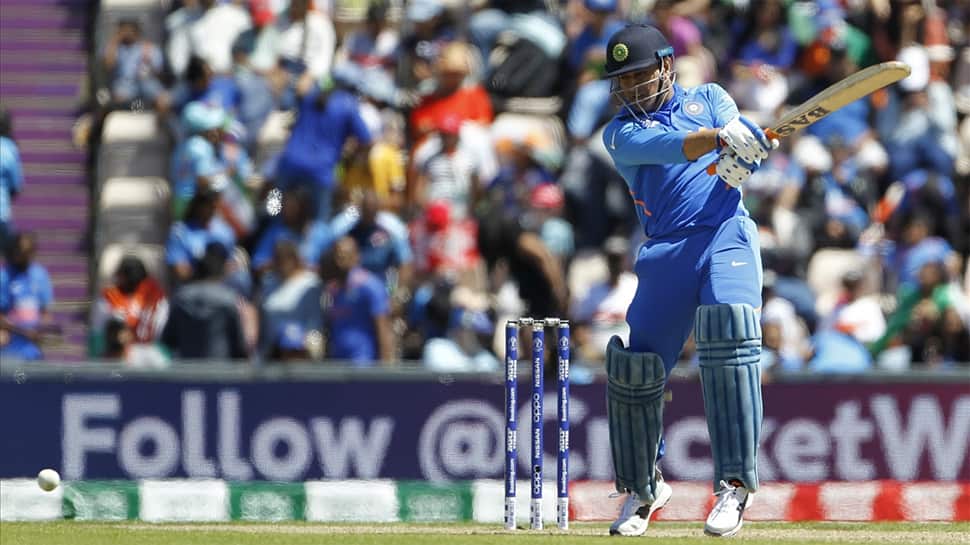 Southampton: MS Dhoni was stumped for the first time since 2011, in India`s match against Afghanistan on Saturday where they were restricted to a modest 224/8 in 50 overs.

The former India skipper laboured to 28 off 52 balls (3x4), bringing back to memory the days when he was questioned for his slow pace to the twilight of his career.

Looking to up the ante, Dhoni stepped out to Rashid Khan but missed. The ball which was fast outside off, turned sharply away from him, resulting in wicketkeeper Ikram Alikhil stumping him out for only the second time in ODIs.

This is India`s lowest first innings total batting all 50 overs since 2010.

Captain Virat Kohli struck his third consecutive fifty with a classy 67 off 63 balls, his innings laced with five fours, while K. Jadhav scored 52 off 68 deliveries (3x4, 1x6) before being taken at cover by substitute Noor Ali Zadran off Gulbadin Naib.

But a spirited Afghanistan, who moved on their huge loss to England in the last game, rode Mohammed Nabi`s 2/33 and wickets each for Mujeeb Ur Rahman (1/26), Rashid Khan (1/38) and Rahmat Shah (1/22) to keep the run-flow in check throughout the innings.

Skipper Naib took two wickets in the last over, removing Jadhav and Mohammed Shami (1) to cap off a brilliant bowling display by the team which still finds itself at the foot of the points table, without a win, and battling off-field issues and in-fighting.