MS Dhoni: The shy boy from Ranchi who touched lives and much more

The film 'MS Dhoni: The Untold Story', which is played often on TV, is a guilty pleasure for Dhoni fans. 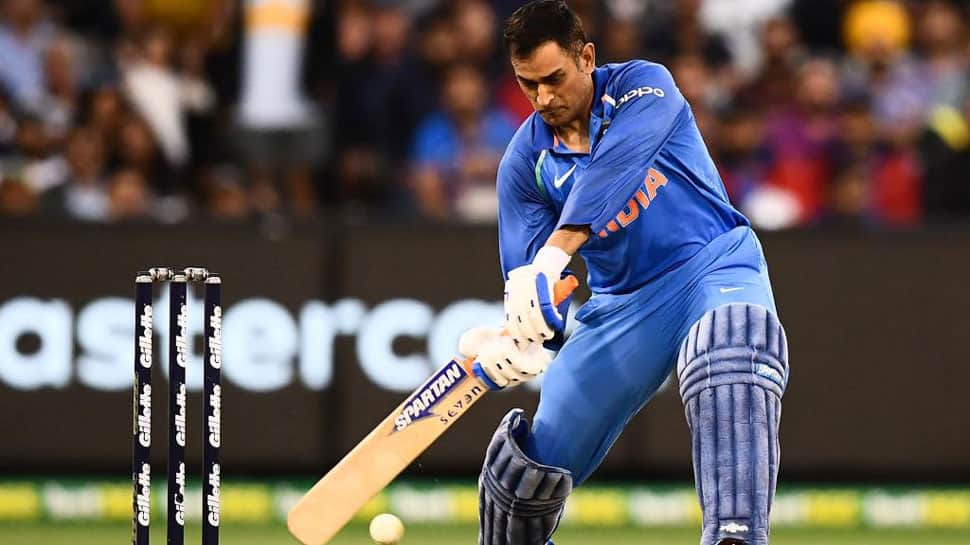 There is a bit of celebrityhood attached to reflected glory but the lives that Mahendra Singh Dhoni touched over the years have a sense of belonging to him without trying to own him.

Whether childhood coach Keshab Ranjan Banerjee, biology teacher Sushma Shukla or Mecon Stadium in-charge Uma Kant Jena, there is a sense of fulfilment when they talk about their tiny but significant parts in the journey of one of India's most successful captains.

The film 'MS Dhoni: The Untold Story', which is played often on TV, is a guilty pleasure for Dhoni fans.

And there is a curiosity about how different or similar the real-life characters are from the reel ones when one roams around the industrial town to understand the Dhoni phenomenon.

"Some people asked me whether I was paid as they had portrayed my character in the film and I was disgusted," Banerjee 'Sir' said, sitting in his austere two-bedroom flat.

"I am not his biological father but a father figure. It's a shame if a father demands anything from his son," he asserted.

His Hindi has that distinct Bengali accent much like Rajesh Sharma's portrayal in the film.

"He was and still is a very shy boy. He could always hide his feelings with a smile. He knew that cricket was his calling for a life he wanted for himself, even more for his family. Mahi is still like that," Banerjee found it difficult to hide his pride.

"I have got a couple of passes for the third ODI. I had called up Mahi's mother and she had arranged for them," he said referring to India's third ODI against Australia on Friday.

Humility is something that almost everyone associates with Dhoni.

"He was a very quiet child. I taught him biology in the 7th and 8th standard. I remember asking him "Mahendra, are you Singh or Dhoni? He never liked that question. He replied 'Maam hum Singh bhi hain aur Dhoni bhi'," recalls Jawahar Vidya Mandir's retired teacher Sushma Shukla.

"He was getting 60 percent even when he was fully devoted to cricket. I remember that he bunked a biology practical test once as he had some match to play and boarded the same train by which I was travelling."

"Probably, he knew I was there and one of his teammates came to me and said Ma'am are you Mahendra's teacher. I said 'who Dhoni?'. The boy informed that he has skipped the biology practical test for a match. 'But Ma'am, this boy will become world famous'. His words were prophetic," Shukla said.

Talk about minor celebrityhood, both Shukla and PT teacher Abha Sahay are mini-celebrities in their localities.

"I stay in my native town in Maharashtra and since we were shown for around 30 seconds in that film, they now know me as Dhoni's teacher," she added.

For Sahay, the respect that she gets as Dhoni's teacher is something that she will not trade off for anything.

"We feel proud that probably we played a little role in the making of a humble human being. He is a great sportsman but that humility is something that a lot of people don't possess after enjoying success," Sahay said.

Uma Kant Jena, the ground in-charge of Mecon, had first seen Dhoni in 1985 when he was barely three and half years old.

"That's the colony gate and Mahiyaa (That's how he calls him) would roam around with a plastic bat and ball. 'Tum phir dhoop mein bahaar'," Jena remembered scolding him.

"Who would have thought he would achieve so much? Once, after he became India captain, he came and gave my son Bijay a bat and keeping gloves. He promised him a full kit if he performed well."

"And you know what was the most embarrassing? He would sit on the floor while I sat on the chair. I would tell him please don't do this but he won't listen," Jena said.

Banerjee recalled how Dhoni dropped in late at night to wish him for his marriage anniversary once.

"Security becomes an issue as people come to know. He would just come in and ask my wife to make 'chowmein'."

There is one gesture from Dhoni that Banerjee said he can never forget.

"I wanted to take my wife to Vellore for treatment of acute arthritis and we were given appointment after three months. That's the only time I called Mahi and asked if he could use his good offices."

"Within 15 days, we got a call from Vellore and my wife received the treatment in time. I don't know whom he called," his voice choked a bit.

There are no big photographs of Dhoni in his living room.

"Why do I need his picture? He was my student and he always stays here (heart)," the coach said.