Nothing to worry, says Ravindra Jadeja after India's batting collapse in warm-up 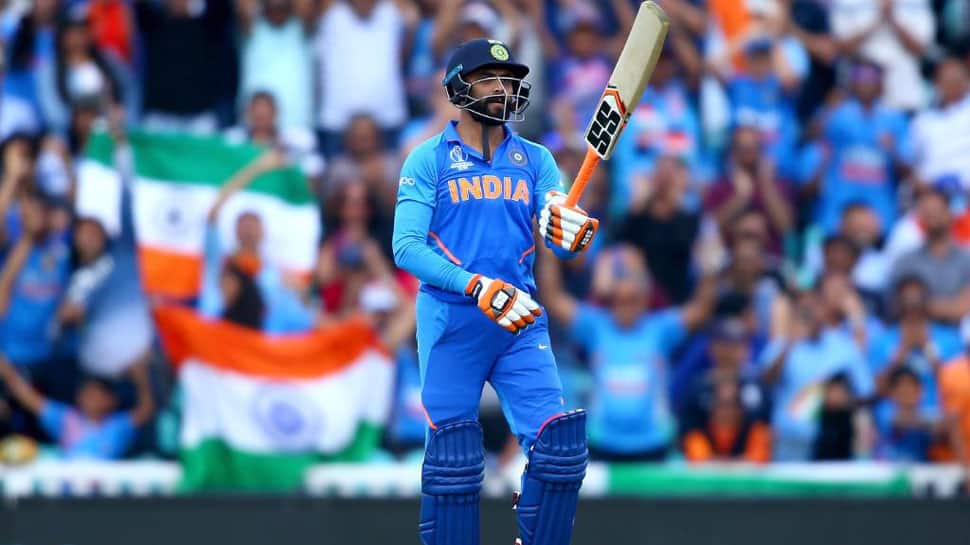 India's batting frailties might have been exposed again in the first warm-up against New Zealand but spin-allrounder Ravindra Jadeja said there is "nothing to worry" and the team will sort out its weakness ahead of the World Cup beginning next week.

Electing to bat, India suffered an early collapse in slightly bowling-friendly conditions at the Oval before being bowled out for 179 in 39.2 overs. Ravindra Jadeja's 54 off 50 balls and Hardik Pandya's 37-ball 30 were the only substantial scores.

"This is our first game, it is just one game and we can't judge players on one bad innings, one bad match. So nothing to worry as a batting unit," Jadeja told reporters at the post-match press conference.

"It is always difficult in England, you are coming from India, where you play on flat wickets... We still have time to work on it. There is nothing to worry, just keep playing good cricket."

"As a batting unit we will work harder on our batting skills, everyone has a lot of experience, so nothing to worry."

Jadeja hoped India will get better wickets to bat during the World Cup.

"It was typical English conditions, the wicket was soft initially but it got better as the day progressed. We hope we don't get this much amount of grass and get a better wicket to bat in the World Cup," he said.

Asked about India's decision to bat first, Jadeja said: "We knew there will be seaming conditions, so we decided to bat to face tough conditions because if we bat in such conditions it will be easy for batsmen in actual matches. We took it as a challenge. We will do well, we have no doubt."

"Everywhere I play, I will continue doing what I do. I will not put pressure on myself thinking about the world cup, will try to keep it simple," he said.

Jadeja blasted 54 off 50 balls in an innings studded with six fours and two sixes.

Talking about his innings, Jadeja said: "I had a lot of time, there were a lot of overs. So I was talking to myself to not get the shot selection wrong. There was no rush. I knew if I can clear the initial overs, it will be helpful for me and that is what happened," he said.

"I was working on my batting during the IPL. Whenever I get a chance, I go to the nets and work on technique and shot selection."