The surface on which the match is supposed to be played on is a belter. It’s the same deck on which a couple of 400-plus scores have been registered by England, twice breaking the record for the highest total in one-day internationals. 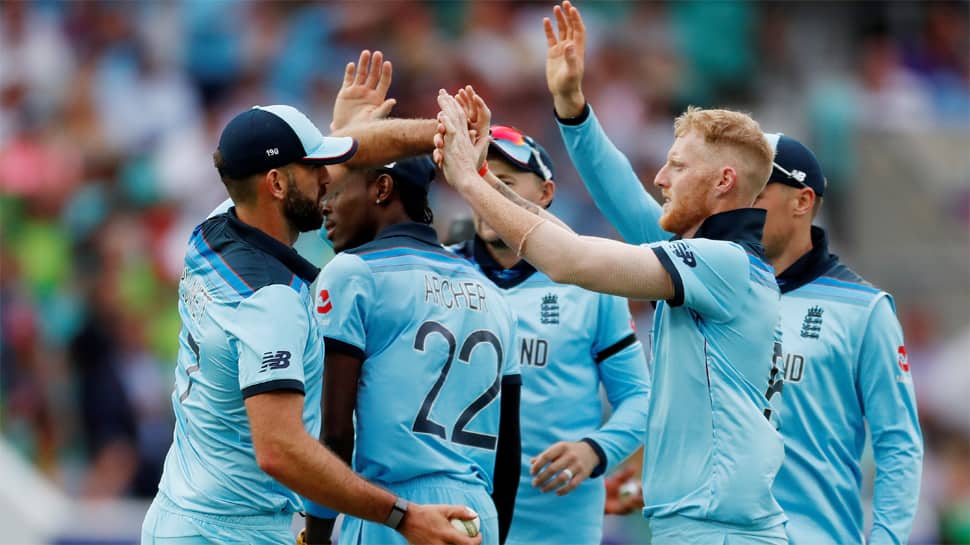 NOTTINGHAM: It wasn't too long ago that England and Pakistan faced off in a five-match ODI series, which Pakistan floundered to lose 0-4, despite putting three consecutive 300-plus scores. Not even 15 days removed from the final game, England and Pakistan lock horns again, in the big one, the World Cup, two teams who find themselves at different ends of the tunnel.

In the Cup opener, England sent a timely reminder as to why they are indeed the favourites to win the tournament, while Pakistan’s wretched run continued, their losing streak extending to 11 matches. The pattern to the recently-concluded series in England was one that is expected to play through the World Cup too. A total of 2760 combined runs were scored by both teams.

And the surface on which the match is supposed to be played on is a belter. It’s the same deck on which a couple of 400-plus scores have been registered by England, twice breaking the record for the highest total in one-day internationals. England piled up 444 for 3 against Pakistan in 2016 and went on to better it by scoring 481 for 6 against Australia last year. After the first game in Trent Bridge ended up lasting just 35.2 overs, we could be in for a very contrasting second game.

Pakistan underwent a very intense practice session in the company of some light drizzle. Not surprisingly, Mickey Arthur, the bowlers and bowling coach Azhar Mahmood sent down some short ones to the batsmen in the nets, and the batsmen seemed to be at ease. It seems that the lesson was learnt from the game against the West Indies where their pacers bounced Pakistan out for their second-lowest total.

And as they prepare themselves to face England, the Jofra Archer threat looms large. Like the Windies, Archer’s pace, coupled with his deadly bouncers had South Africa hopping in the crease, and irrespective of whatever little assistance Archer gets on a world record pitch, Pakistan should keep an eye out for him.

Mark Wood bowled in full throttle at the nets on Saturday, and could very well get a look in. Batting coach Graham Thorpe and England skipper Eoin Morgan mentioned how Wood is available for section and including him in the Playing XI would be discussed. The player to miss out unfortunately might be Liam Plunkett, who enjoyed a fine game in the opener.

With a belter of a surface awaiting the two teams, Pakistan are likely to drop one spinner, most likely Imad Wasim to slot in either a batsman in Shoaib Malik or a pacer in Shaheen Afridi, who has made quite the mark in his young career already.

– The two highest team totals in ODI history have come at Trent Bridge (where this ICC Cricket World Cup match between England and Pakistan takes place), England posting 481/6 against Australia in 2018 and 444/3 against Pakistan in 2016.

– The last time England and Pakistan met in the ICC Cricket World Cup was in 2003 in Cape Town, England won that match by 112 runs in large part thanks to bowling figures of 4/29 by James Anderson.

– This will be the ninth ODI between England and Pakistan at Trent Bridge, the hosts have won the last three such clashes with Pakistan’s last victory at the Nottingham venue coming in 1996.

– England captain Morgan needs 10 runs to overtake Allan Lamb (830) as England’s leading ODI run scorer against Pakistan, Morgan averages 54.7 against Pakistan, his best average against any side he has faced more than five times.

“If you look at both series against Australia and England, we came close. We just couldn’t capitalise on the key moments. Pakistan are one match away from bouncing back strong.” – Azhar Mahmood, Pakistan bowling coach

“It is exciting. It’s like saying can you add a Jason Roy 180 to a Jos Buttler 150 off 70 or 80 balls – it might happen and if it does that would be awesome.” – England skipper Eoin Morgan on Archer’s racking some serious speed