The incident occurred during the fourth over of the West Indies’ innings during the opening T20I when Saini took the wicket of Nicholas Pooran. 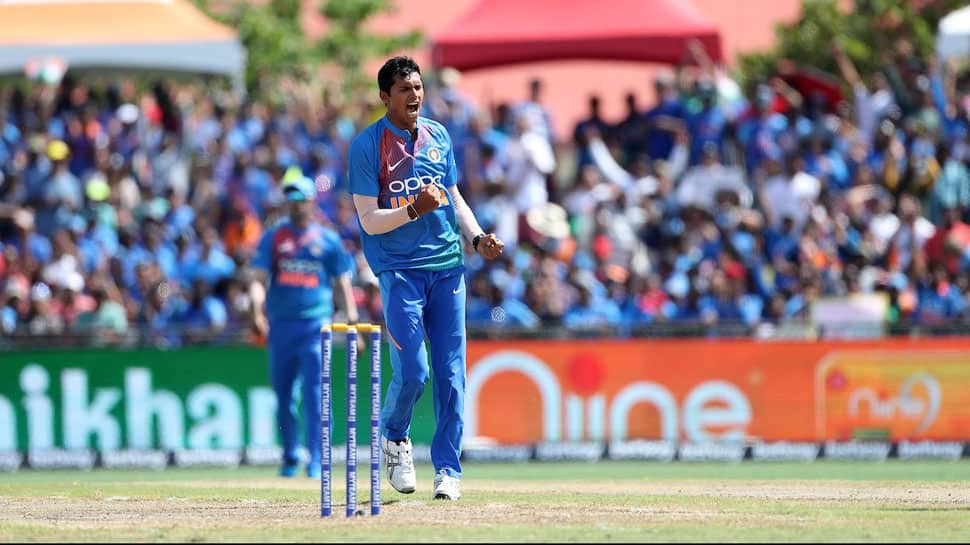 India's right-arm pacer Navdeep Saini on Monday received an official reprimand and received one demerit point for breaching Level One of the International Cricket Council (ICC) Code of Conduct during the side’s four-wicket win over West Indies in the opening T20I of the three-match series at the Central Broward Regional Park in Florida.

Saini was found to have breached Article 2.5 of the ICC Code of Conduct for Players and Player Support Personnel, which relates to using actions or gestures which could provoke an aggressive reaction from a batter upon their dismissal.

The incident occurred during the fourth over of the West Indies’ innings when Saini took the wicket of Nicholas Pooran.

Saini admitted the offence and accepted the sanction proposed by match referee Jeff Crowe of the Emirates Elite Panel of ICC Match Referees and, as such, there was no need for a formal hearing.

The 26-year-old Indian pacer eventually finished with impressive figures of three for 17 runs in the first T20I to help the Men in Blue restrict the Caribbean side to a lowly score of 95 for nine in their stipulated 20 overs after opting to bowl first. In reply, India chased down the score with 2.5 overs to spare to take a 1-0 lead.

India, who have taken an unassailable 2-0 lead in the series after a 22-run win over the Caribbean side via Duckworth-Lewis method, will play their dead-rubber third clash against the Carlos Brathwaite-led side atProvidence Stadium, Guyana on Tuesday.