Pakistan's batting consultant Matthew Hayden has backed top-order batter Fakhar Zaman to end his dry run at the Twenty20 World Cup with an impactful knock in Thursday's semi-final against Australia in Dubai. 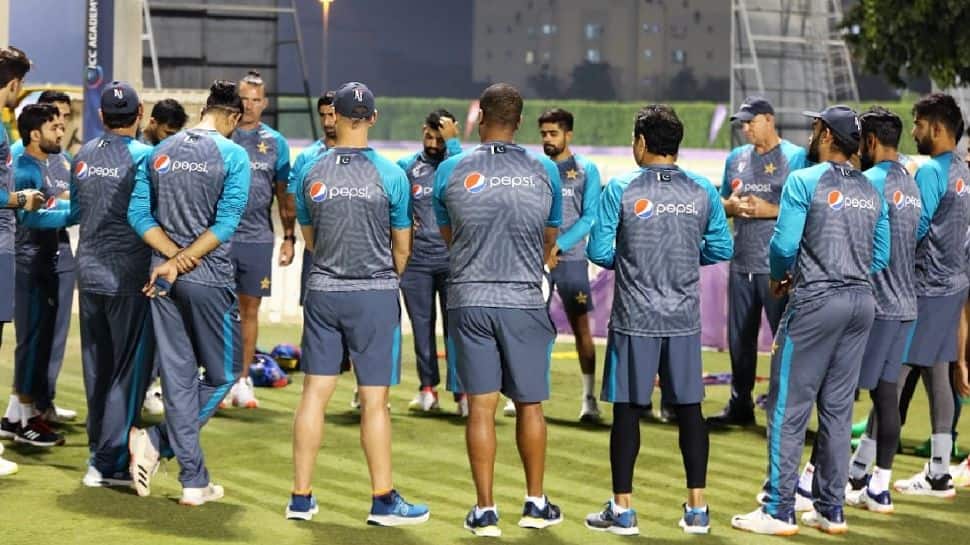 Pakistan's batting consultant Matthew Hayden has backed top-order batter Fakhar Zaman to end his dry run at the Twenty20 World Cup with an impactful knock in Thursday's semi-final against Australia in Dubai.

The 31-year-old Fakhar has failed to fire with the bat during the tea's unbeaten run in the Super 12 stage, scoring 54 runs from four innings.

Former Australian opener Hayden, who was himself a hard-hitting left-hander batter, said Fakhar was contributing handsomely to the team's cause with his sharp fielding while patrolling the boundary ropes.

"Don't be surprised if you see something incredibly special from him tomorrow, as well, because he is smashing the ball in the nets," Hayden told reporters on Wednesday.

"In particular I guess if you look at a potential matchup against Adam Zampa ... I think that is a fantastic target, an opportunity for Fakhar to really dominate and position Pakistan in a strong competitive state.

"T20 cricket is just about impact. Making impact is significant, and Fakhar is certainly one of those that can do that tomorrow."

Legspinner Zampa has led Australia`s spin attack with 11 wickets from five matches and is the joint-leading wicket-taker of the Super 12 stage of the tournament.

Pakistan captain Babar Azam leads the batting charts, having scored four half-centuries in five knocks for a total of 264 runs at an average of 66.

Hayden said Babar has a wonderful temperament and his personality was starkly different from his Indian counterpart Virat Kohli - who the Pakistan batter is constantly compared to by the media.

"He's very consistent. He's very stable. He's not overly flamboyant," Hayden added. "In fact I'd go as far as to say he`s almost the opposite personality to someone like Virat Kohli, who's very animated, very passionate, and very boisterous on the field.

"Babar Azam the batsman is highly talented ... and just to give you an insight into that talent, his ability to be able to consistently react to the ball is really second to none that I`ve seen.

"He picks up the line and the length of the ball quicker than the average cricketer that`s going around, and that`s the mark of someone that`s a very fine player."