India ended their tour to Australia on a high note as they recorded a seven-wicket win over the Aaron Finch-led side in the final ODI to seal the three-match series 2-1 at the MCG on Friday. 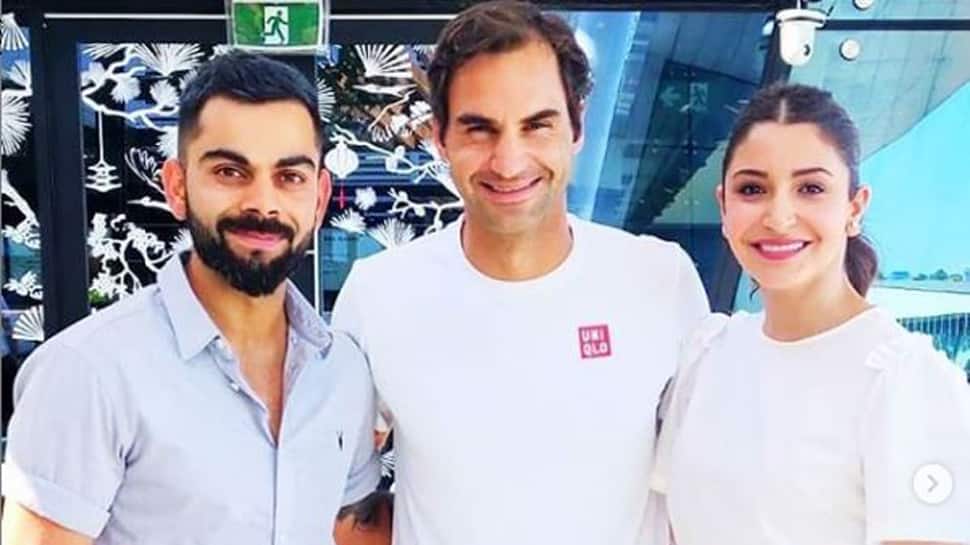 After Team India registered a historic ODI series triumph against Australia, skipper Virat Kohli, along with his actress-wife Anushka Sharma, on Saturday headed to watch a few matches at the ongoing 2019 Australian Open.

Taking to his official Instagram account, the 30-year-old cricketer shared a photo of him with wife Anushka and captioned it as, “What a day at the Australian open.  An amazing way to finish the Australian summer. Forever grateful#ausopen”. In the picture, the couple can be seen twinning in white as they give major couple goals.

Kohli also posted a picture of him and Anushka along with tennis great Roger Federer besides also sharing a few snapshots from the matches.

Anushka, on the other hand, shared a picture of the duo and wrote, "Beautiful sunny day at the tennis with this beautiful sunny boy #AustralianOpen #ausopen"

She also posted videos of  Williams playing the match while describing the former world number one as “Greatest Female Tennis Player” and “Legendary”.

On Friday, the 'Zero' actor took to her Twitter handle and congratulated her cricketer-husband and the entire cricket team for clinching India's first-ever bilateral ODI series triumph in Australia.

“What an unforgettable & outstanding tour it’s been !! Happy to have witnessed the historic victories by the men HUGE congratulations And so proud of you my love @virat.kohli,” she captioned a picture of the team as they lifted the cup," she had tweeted.

What an unforgettable & outstanding tour it's been !! Happy to have witnessed the historic victories by the men  HUGE congratulations  And so proud of you my love @imVkohli  pic.twitter.com/QdAdN9OFaz

The Indian cricket team ended their tour to Australia on a high note as they recorded a seven-wicket win over the Aaron Finch-led side in the third and final ODI to seal the three-match series 2-1 at the Melbourne Cricket Ground (MCG) on Friday.

Leg-spinner Yuzvendra Chahal played a key role in the victory, recording the best bowling figures by a spinner in an ODI clash in Australia.  He bagged six wickets while conceding just 42 runs at the MCG.

MS Dhoni, who was declared Man of the Series, stepped up with a quality knock yet again as he scored 87 runs off 114 deliveries to help India cross the target of 231 runs with four balls to spare.

With the win, India have finished the current 2018-19 tour without having lost a series. The Men in Blue ended the three-match T20I series against Australia in a 1-1 draw before the visitors clinched their first-ever Test series win in Australia.