South Africa ended up losing the first Test against India at the ACA-VDCA Cricket Stadium in Visakhapatnam by a heavy margin of 203 runs. 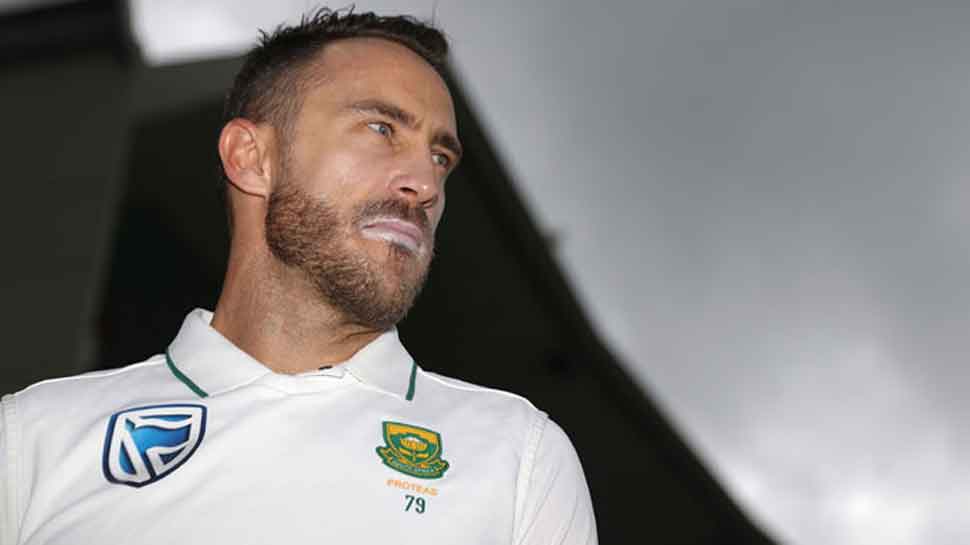 Visakhapatnam: South African captain Faf du Plessis hailed his team's batting effort in the first innings and admitted that Rohit Sharma and Cheteshwar Pujara took the game away from them in India's second innings.

South Africa ended up losing the first Test against India at the ACA-VDCA Cricket Stadium in Visakhapatnam by a heavy margin of 203 runs.

"(India's) second innings was tough for us, Rohit and Pujara took the game away from us. I thought up until this morning, we competed pretty well on a good pitch," said Du Plessis in the post-match presentation ceremony.

Rohit Sharma smashed centuries in both innings of the match -- 176 in the first innings and 127 in the second -- and smashed a record 13 sixes over the course of the two innings.

He shared an opening stand of a whopping 317 runs in the first innings with Mayank Agarwal, who scored his maiden Test double ton and then a 169-run stand with Pujara in the second innings.

South Africa gave a good reply with the bat to India's first innings total of 502, getting to 431 thanks to centuries from Dean Elgar and Quinton de Kock.

"Obviously India batted well, two great knocks by Mayank and Rohit. We fought well in our first innings with the bat. To get that sort of a total in the second innings of a game in India is tough," he said.

South Africa, however, came across a difficult Day 5 pitch and ended up falling to 191 all out.

"Day 5 if it starts misbehaving like that it's fine. That's part of Test cricket. The seamers were mostly doing a holding job in this game up until today. Shami bowled beautifully today. We got to improve on our spinners taking 4-5 wickets in the second innings," he said.