Sharma has been in a rich vein of form as he had scored five centuries in the recently concluded ICC Men`s Cricket World Cup and he finished as the leading run-scorer in the tournament. 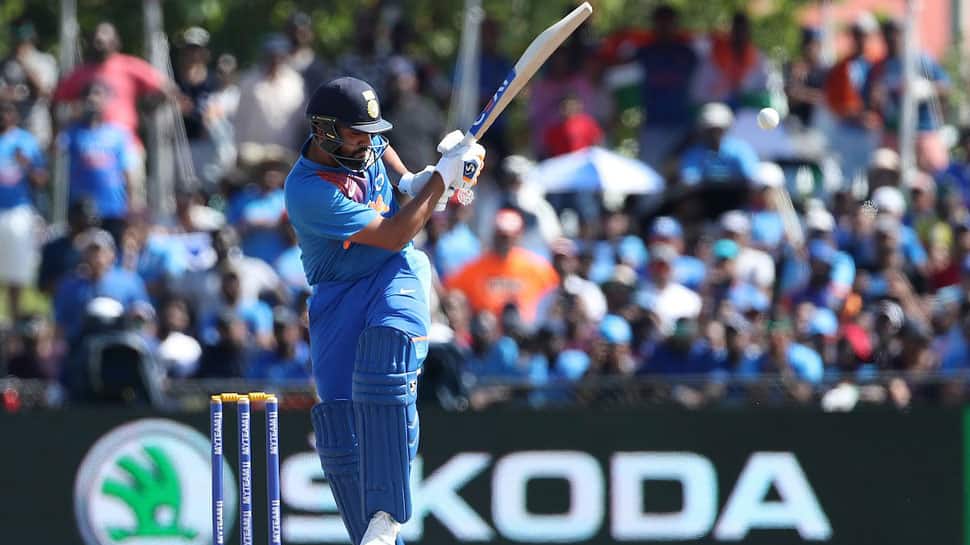 India`s opening batsman Rohit Sharma on Sunday became the batsman with the most number of sixes in the T20I format.

Sharma blasted two sixes to go past West Indies`s Chris Gayle at the top spot. The right-handed Sharma now has 106 sixes in the format whereas Gayle has 105. The left-handed Gayle is not playing the three-match T20I series as he has been rested by the Windies team management.

The 32-year-old Sharma is currently the highest run-scorer in T20Is and he also holds the record for the most number of centuries (four) in the T20I format. The Men in Blue had defeated the Windies by four wickets in the first T20I on Saturday in Florida.

Sharma has been in a rich vein of form as he had scored five centuries in the recently concluded ICC Men`s Cricket World Cup and he finished as the leading run-scorer in the tournament.

Indian vice-captain Sharma has been surrounded by controversy as various media reports suggested that there`s a rift between him and skipper Virat Kohli. However, Kohli dismissed these reports at the pre-departure conference saying, "If I do not like a person or if I am insecure of a person, you will see that on my face or in my behaviour towards that person and that is how simple it is. I have always praised Rohit whenever I have had an opportunity because I believe he is that good. We have had no issues."

West Indies vs India, 2nd T20I: How the action unfolded