Rajasthan Royals captain Sanju Samson has been fined Rs 12 lakh for maintaining a slow over-rate in their IPL 2021 match against Punjab Kings. 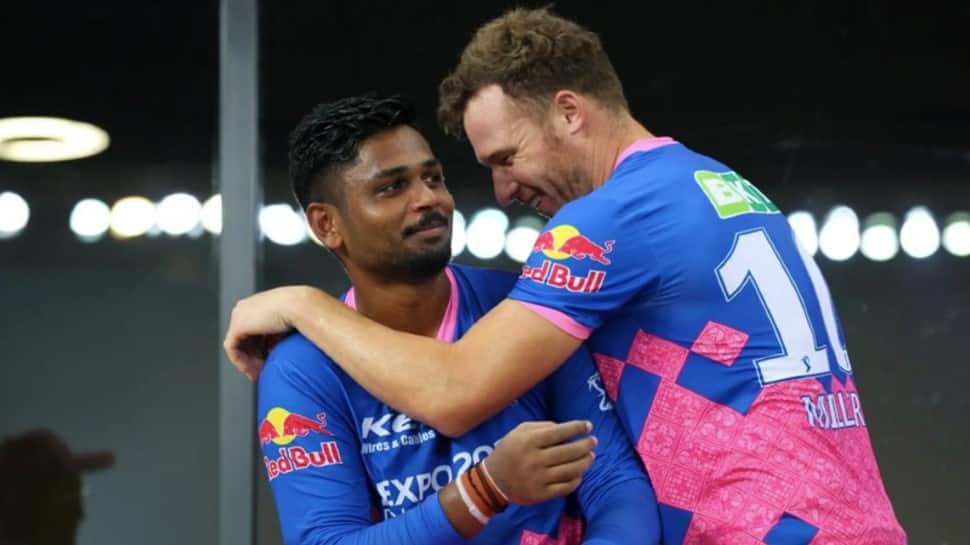 Rajasthan Royals captain Sanju Samson has been fined Rs 12 lakh for his side’s slow over rate during their two-run win over Punjab Kings in an Indian Premier League match in Dubai. The Royals pulled off an incredible two-run victory over Punjab Kings with fast bowler Karthik Tyagi dismissing Nicholas Pooran and Deepak Hooda and giving away only one run in the final over to snatch the win for his team at the Dubai International Stadium on Tuesday (September 21).

“Rajasthan Royals captain Sanju Samson has been fined after his team maintained a slow over rate during their VIVO Indian Premier League 2021 match against Punjab Kings at the Dubai International Stadium, Dubai on September 21,” the IPL said in a statement.

“As it was his team’s first offence of the season under the IPL’s Code of Conduct relating to minimum over rate offences, Mr Samson was fined Rs 12 lakh,” the statement added.

The two sides were playing their first match after resumption of the IPL on September 19.

Simply stunning how @rajasthanroyals have pulled off a two-run victory from the jaws of defeat.

Royals skipper Sanju Samson could not stop smiling after pulling off an incredible win. “It’s funny that we kept believing (that we could win). I kept the overs of Mustafizur and Tyagi for the end, believing. Cricket is a funny game right. We just kept fighting and believing,” he said.

“I always believe in my bowlers, want to keep fighting and that's why I kept those two overs till the end. To be very honest, to get that score on this wicket, we felt good because we had the bowling. If we took the catches, we could have won the game earlier. People have really worked hard on their fitness,” he said.