In the video, Afridi is asked by a host if he ever broke a TV in his home, to which he replies: "I smashed my TV once, because of my wife. These daily soaps on Star Plus were quite popular then. 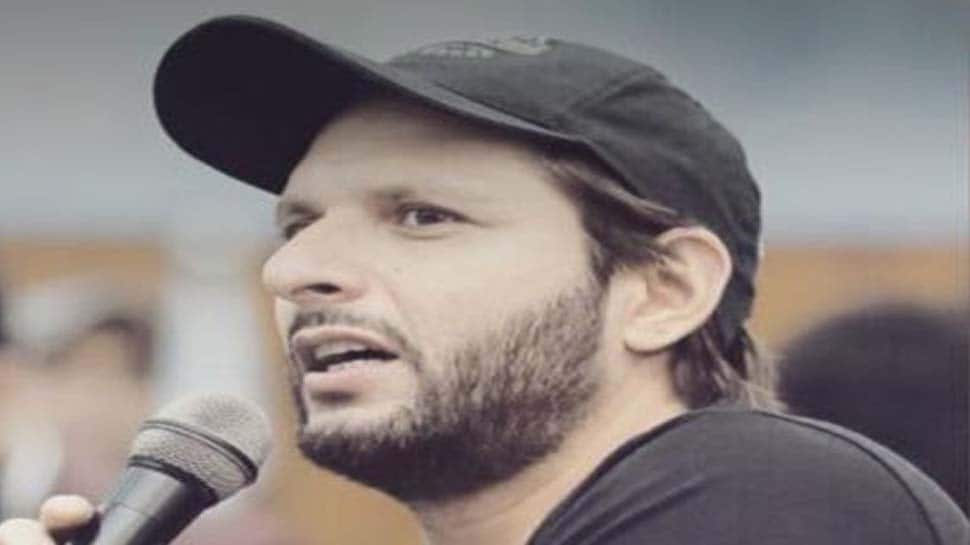 An old video of former Pakistan captain Shahid Afridi has surfaced on social media where he is seen confessing about breaking a TV at his home after he saw his daughter trying to imitate an "arti" scene performed on an Indian daily soap.

In the video, Afridi is asked by a host if he ever broke a TV in his home, to which he replies: "I smashed my TV once, because of my wife. These daily soaps on Star Plus were quite popular then.

"I had asked by wife to watch them alone and not with the kids. I saw one of my kids performing 'arti' while watching a Star Plus show. I then smashed the TV inside the wall."

The video has been making rounds on social media, attracting criticism for many as they believe the former Pakistan all-rounder is making fun of the Hindu customs.

Shahid Afridi, a cricketer with a cult following in Pakistan bragging about how he broke his TV because his wife was watching an Indian TV serial and trying to do Arati. Watch the anchor cackle like a hyena and see the audience applaud. This is Pakistan! pic.twitter.com/5vHSN4LYXV

This comes at a time when former Pakistan pacer Shoaib Akhtar alleged that leg-spinner Danish Kaneria was discriminated within the team during their playing days because of his Hindu faith.

In an interview on PTV's show titled "Game on Hai", Akhtar alleged that there were many who did not want Kaneria to be part of the Pakistan team because of his Hindu faith, and that the spinner was never given due credit for his performances and was also constantly humiliated by his teammates.

Akhtar even said that some players even refused to partake food with Kaneria.

However, the 'Rawalpindi Express' later clarified that his comments were taken out of context and that there was never a culture within the team to discriminate anybody on the basis of race.