Embuldeniya had earlier claimed a five-wicket haul on his debut in the second innings of the opening Test against South Africa to help Sri Lanka take a 1-0 lead in the series. 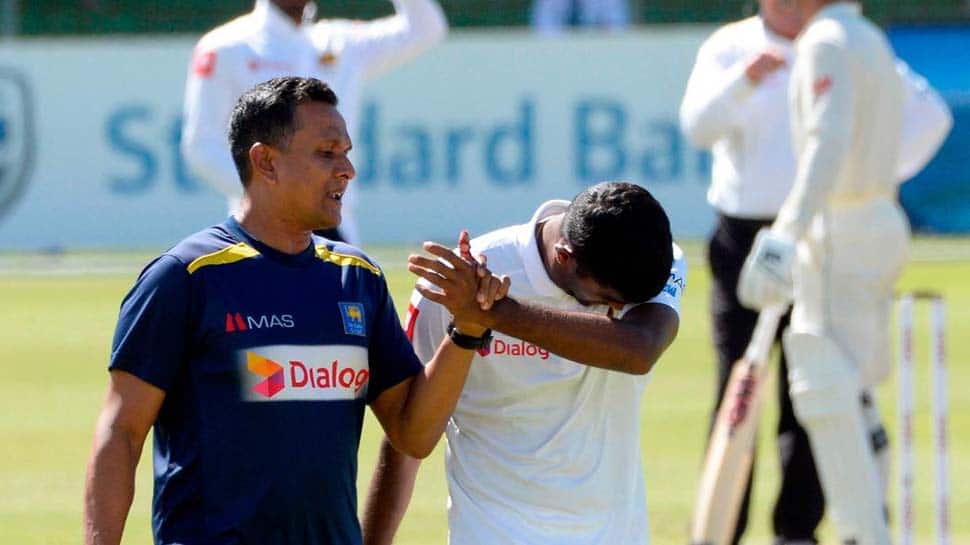 Sri Lanka left-arm spinner Lasith Embuldeniya has been sidelined for at least six weeks due to a finger injury.

The 22-year-old dislocated his thumb during the opening day of the second Test against South Africa when he attempted to take a a return catch off Kagiso Rabada in his sixth over at Port Elizabeth on Thursday.

Embuldeniya was forced to leave the field with his thumb covered with blood and he was subsequently required to undergo surgery the same evening.

Though his availability for the remainder of the match is still unclear, he is unlikely to bowl again in the second Test against South Africa as per reports, the International Cricket Council (ICC) reported.

Sri Lanka, who clinched a narrow one-wicket win in the first Test in Durban, are bidding to seal their first-ever series triumph in South Africa.

Earlier, Embuldeniya claimed a five-wicket haul on his debut in the second innings of the opening match to help Sri Lanka take a 1-0 lead in the two-match Test series.