Making a comeback in the national team after a year, Iyer hit a 68-ball 71 to help India post a competitive 279/7 against West Indies in the second ODI in Port-of-Spain on Sunday. 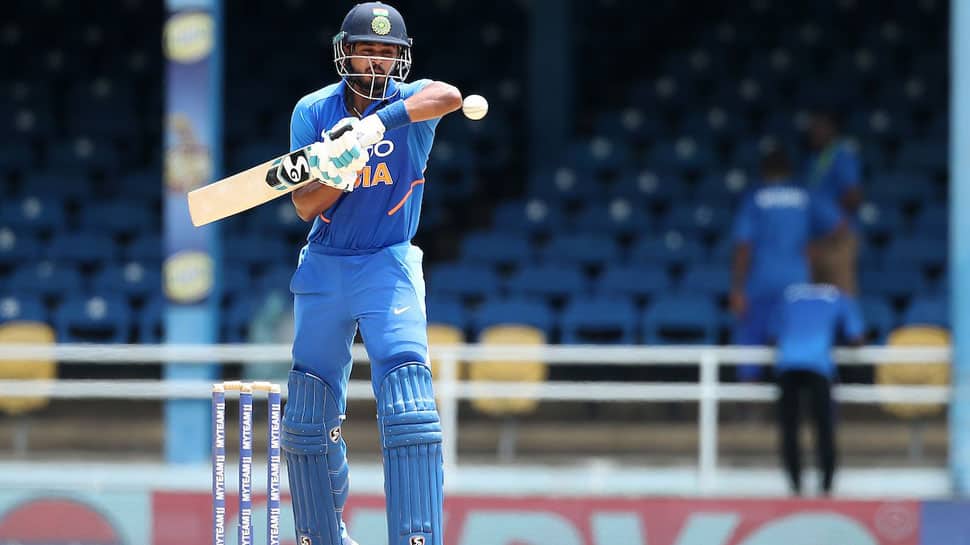 Former Team India skipper Sunil Gavaskar has backed Shreyas Iyer for the number four spot in India's ODI batting order saying the Delhi Capitals skipper should be given a permanent place in the line-up.

Making a comeback in the national team after a year, Iyer hit a 68-ball 71 to help India post a competitive 279/7 against West Indies in the second ODI in Port-of-Spain on Sunday.

While it is learnt that the Indian team management wants wicketkeeper-batsman Rishabh Pant for the vacant number four spot, Gavaskar felt he should be moved a spot lower.

"In my view, Rishabh Pant is much better like MS Dhoni at 5 or 6 as a finisher because that's where his natural game and natural flair will come into play," Sunil Gavaskar was quoted as saying by a sports channel.

Gavaskar further said: "He has grabbed his opportunity. He came at No. 5. He had plenty of overs. He had the company of his skipper, Virat Kohli. Nothing quite like it because the skipper takes the pressure off you."

Earlier, Iyer didn't get a game during the T20I series against the Windies.

"The best place to learn in cricket is the non-striker's end. That's what Shreyas Iyer was doing with Virat Kohli at the other end," the 70-year-old concluded.