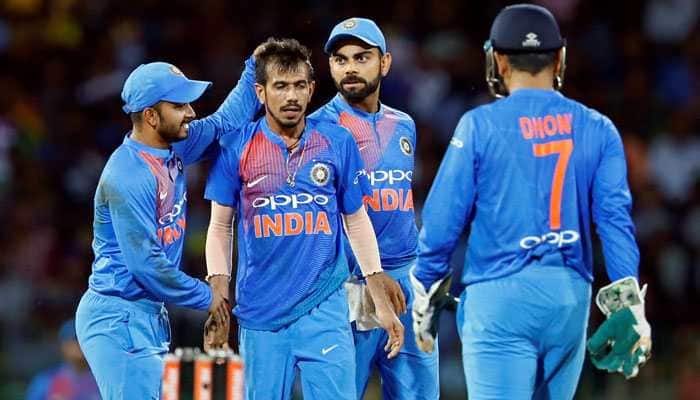 After India crashed out of the 2019 International Cricket Council (ICC) World Cup following a close defeat against New Zealand in the semi-final, Board of Control for Cricket in India (BCCI) acting president CK Khanna on Thursday lauded Virat Kohli and boys for playing their hearts out throughout the marquee event.

Chasing the target of 240 which seemed moderate initially, India made a worst possible start as they collapsed to 5/3 inside 3.1 overs. However, wicketkeeper-batsman Mahendra Singh Dhoni (50) and all-rounder Ravindra Jadeja (77) stitched a crucial partnership of 116 runs to bring the Men in Blue closer to the victory, only to see their side eventually bundle out for 221 inside 49.3 overs.

Talking after India's 18-run defeat at the Old Trafford in Manchester, Khanna said that each player of the Virat Kohli-led side tried their level best against New Zealand, but it was just not their day.

"It was a tough game and I think our boys played their hearts out. No one wants to lose a game. Each player tried really hard but it was just not our day. Team India under Virat Kohli played brilliant cricket in league phase. I am sure our team will work hard and come up with more success in future. Congratulations to New Zealand team. I wish them all the best," the BCCI acting president said.

Earlier, Indian skipper Virat Kohli had expressed his disappointment after his side's semi-final defeat against New Zealand, saying that 45 minutes of bad cricket had cost the Men in Blue a place in the summit showdown of the tournament.

Put in to bowl first, the Indian bowlers had produced a fine bowling spell to restrict the Kane Williamson-led side to a score of 239 for eight in their stipulated 50 overs after the all-important last four clash was resumed on Wednesday at the previous day's scoreline of 211 for five in 46.1 overs following incessant rain.