Australia are the only team confirmed for the semi-finals of the ICC Cricket World Cup. Perennial contenders New Zealand are a win away from joining them in the final four, having suffered their first loss of the tournament this week to perennial upstarts Pakistan in Birmingham. 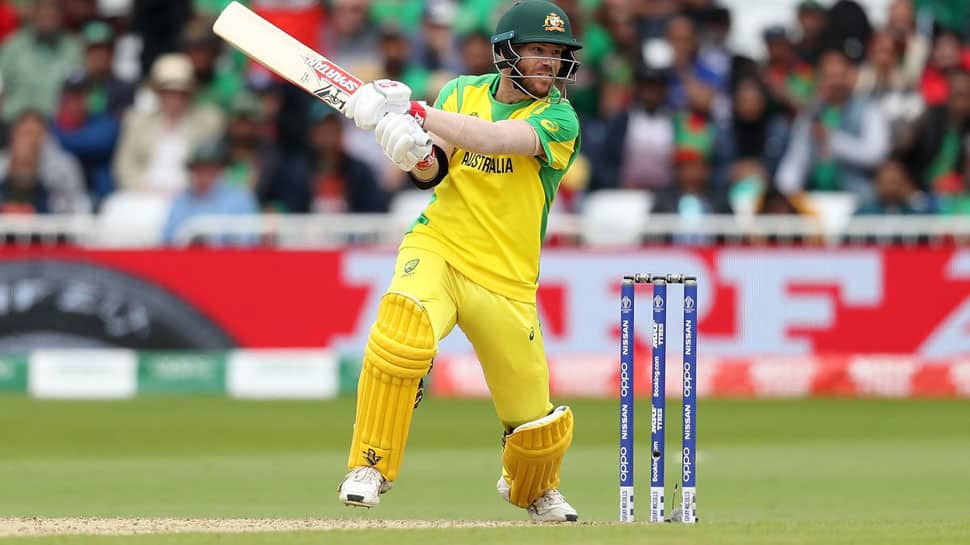 LONDON: Australia are the only team confirmed for the semi-finals of the ICC Cricket World Cup. Perennial contenders New Zealand are a win away from joining them in the final four, having suffered their first loss of the tournament this week to perennial upstarts Pakistan in Birmingham.

On Saturday at Lord’s, third-placed New Zealand will meet Australia in the first ODI between the two in over two years, with Kane Williamson‘s Blackcaps searching for a way past the defending champions. They need one win to confirm their place in the semi-finals; after the Lord’s match versus Australia await hosts England in Durham on July 3.

Should New Zealand lose both remaining matches, they will stay on 11 points. They would thus need England to lose to India, leaving the hosts on 10 points. If England beat India and New Zealand, they will go forward into the semi-finals with 12 points. If Pakistan beat Afghanistan and Bangladesh, they would end on 11 points. Then head-to-head will come into play, and Pakistan would go ahead having beaten New Zealand in the league phase.

It is, really, New Zealand’s tournament to blow from here.

Williamson’s team have not played a match at Lord’s, and after moving southwards from the cooler climes of the midlands, will have to tackle a red-hot Australia in warm London. Three of their wins in the World Cup have been by the narrowest of margins, and some will consider them lucky to have got one point off India from a washout at Trent Bridge. As Pakistan’s pace bowlers proved, get Williamson and Ross Taylor and victory can be achieved.

Australia have picked up steam in ominous manner, winning four matches in a row – by margins such as 41 runs, 87 runs, 48 runs and 64 runs – and for an example of how clinical they are, look at their previous match, against England at Lord’s.

Defending a total of 285, Australia smashed England on the backs of terrific bowling from Mitchell Starc and Jason Behrendorff, the pace pair who snared nine wickets. Don’t expect Australia to take their foot off the gas, or to give their fringe players a chance. Australia’s mongrel has kicked in with bat and ball, and they’re looking at winning everything in their way.

What: New Zealand vs Australia

Weather: A warm and sunny day with a high of 33 degrees Celsius.

No injury worries, but is time for the Blackcaps to get Ish Sodhi a game? Also, with Colin Munro not topping 24 since he cracked 58 not out in the team’s first game in Cardiff on June 1, it may be that his time has run out and Henry Nicholls gets a look-in.

Justin Langer, Australia’s coach, did not give any inkling to the notion that the team will opt to rest Starc and Pat Cummins for this match given that Australia are in the semi-finals. Cummins has gone wicketless across 18 overs in the past two matches, for 108 runs, but Langer backed the pace bowler for success against New Zealand.

The pitch for Saturday’s match is the one on which Australia beat England, which means there are runs on offer but also something for the fast men. With the warmest day of the World Cup expected, both teams will be pushed harder.

Australia and New Zealand last played an ODI together in June 2017, during the ICC Champions Trophy in Birmingham, but that match was washed out. Their last completed match against each other was in February 2017.

Head to head in ODIs, Australia and New Zealand have played 136 times. Australia have won 90 times, New Zealand 39 and seven matches have been no-results.

New Zealand have won each of their three ODIs at Lord’s.

Taylor needs 27 runs to become the fourth Blackcaps cricketer to score 1,000 versus Australia in ODIs.

“I think the most important thing is adapting to the conditions. Sometimes I think we’ve seen in the last few games, that looking to blast teams out, perhaps with the use of seam movement and these sorts of things, it hasn’t quite been there, and it’s been about playing the long game a little bit. We haven’t played at Lord’s yet, and we’ll just have to assess those conditions.” – Williamson